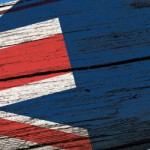 As the debate over Internet piracy sizzles Down Under, groups on all sides continue to put forward arguments on how to solve this polarizing issue.

The entertainment industries are clear. The current legal framework in Australia is inadequate in today’s market and tough new legislation is required to deter pirates and hold service providers more responsible for the actions of their users.

ISPs, on the other hand, are generally concerned at the prospect of greater copyright liability, with many viewing content availability at a fair price as the sustainable way to solve the piracy problem.

In order to better understand the opinions of the consumer, Aussie telecoms association the Communications Alliance has conducted a new study, the results of which were published this morning.

The survey, carried out among a sample 1,500 Australians, reveals a public split roughly 50/50 on whether piracy is “a problem” but one that also believes that it will eventually end up paying the bill for solving it.

A recurring theme for the prevalence of piracy in Australia is availability of content at a fair price, and the results of the survey appear to back up that belief. A total 60% of respondents said that improved entertainment product release strategies would lead to less piracy while 66% noted that cheaper, fairer pricing could achieve the same.

Just 19% felt that Government regulation resulting in stiff penalties for file-sharers would do the trick, and when it comes to pushing anti-piracy responsibilities onto service providers, almost three-quarters felt the approach would be ineffective.

Unsurprisingly the issue of cost is important for consumers, with 69% holding the opinion that “identifying, monitoring and punishing” ‘pirate’ subscribers would eventually lead to more expensive Internet bills for everyone. When questioned, 60% of respondents felt that the bill for dealing with piracy should be paid by the rightsholders.

Privacy was also an issue for 65% of respondents who said that monitoring Internet users’ downloading habits would have “serious privacy implications.” However, the most popular reason for not shifting responsibility to ISPs is the fact that pirates are always a step ahead, with 72% believing that given rapidly changing technology, a way around any technical measures will always be found.

“This research comes as the Government considers responses to its discussion paper on online copyright policy options. It paints a picture not of a nation of rampant pirates, but rather a majority of people who agree that action taken should include steps to reduce the market distortions that contribute to piracy,” commented Communications Alliance CEO, John Stanton.

While the entertainment companies have their tough demands and the ISPs have their objections, it seems likely that a solution will be found in the middle ground. Better pricing and availability will have an effect on the market while educational campaigns will help to sway some of those sitting on the fence. A total 59% of respondents favored the latter approach.

Whether ISPs will have to play a more active role remains to be seen, but given developments in the UK and United States, a notice-and-notice scheme to warn and educate consumers seems particularly likely.