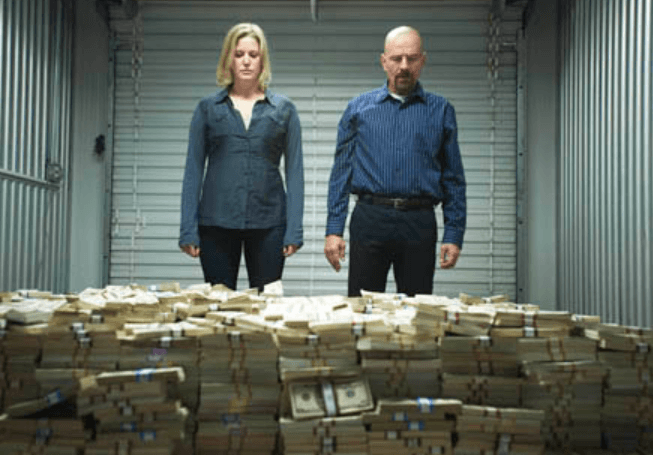 In the final season of Breaking Bad, Walt and Skyler White are seen gazing at a huge quantity of banded banknotes representing some of the unlaundered profits of a drug empire.

Neither really knew how much was there. Show creator Vince Gilligan later guessed at perhaps $80 or $95 million, give or take. Small change for Elon Musk perhaps but to most other people, it’s an astronomical amount of money.

In the case of a man from Canada, who has just asked a US court to hold him liable for massive damages relating to his sale of pirate IPTV subscriptions, it is not nearly enough. In an ideal world, the pile of cash would be six times bigger.

Three days before Christmas in 2020, broadcaster DISH Network and technology partner NagraStar got in the festive spirit by filing a lawsuit (with more than 260 exhibits attached) against Canada-resident Carlos Rocha. According to the complaint, Rocha was the controlling operator of SolTV and Stream Solutions, pirate streaming services offering DISH content in breach of the broadcaster’s rights.

DISH investigations revealed that Rocha had connections to SET TV, a pirate IPTV service already defeated by DISH via a separate $90 million judgment. Another IPTV service, Simply-TV, was also targeted by DISH and as part of that litigation, the broadcaster uncovered more connections to Rocha.

DISH said that encoded messages in its satellite feeds confirmed the content being offered by the services was theirs and the wrongful conduct constituted mass breaches of the Federal Communications Act (FCA). Demanding damages of $10,000 for each violation of the FCA with the potential to increase by up to $100,000 more, DISH also sought an injunction to bring Rocha’s business to an end.

It’s been a long wait but this week the case appears to be reaching a jackpot climax.

Last week the warring parties submitted a joint notice to the court indicating that following discussion, some kind of agreement had been reached to bring the lawsuit to an end. In typical fashion, the details of the agreement weren’t made public but the parties informed the court that additional materials would soon be filed at a Florida district court.

As promised, an agreed motion for entry of judgment and a permanent injunction against Rocha appeared on the docket this week. It states that Rocha operated, participated in, and/or trafficked in device codes and subscriptions for various IPTV services including SolTV, SET TV, Simply-TV, BimoTV, TVStreamsNow, OneStepTV, IbexTV, MagnumStreams, Prime Tyme TV, Lazer TV Streams, Griff TV, Flix Streams, and CantGetEnoughTV.

No details of how many subscriptions Rocha is supposed to have sold are provided. However, it appears that the former IPTV entrepreneur has agreed to be held liable for statutory damages based on “the number of device codes linked to Defendant and/or the Unauthorized Streaming Services.” In short – a telephone number-sized judgment.

Describing the final amount agreed by the parties as “conservative”, the motion asks the court to hold Rocha liable for statutory damages of $585,028,500 under the Federal Communications Act, 47 U.S.C. §§ 605(a) and 605(e)(4) and to issue a permanent injunction to prevent any future conduct that might infringe on DISH’s rights.

Whether the court will sign off on this record-breaking judgment will become apparent in the coming days but it seems fairly likely that Rocha doesn’t have half a billion in cash lying around – even if he does have access to Walter White’s storage unit to make up the shortfall. At this point the amount could’ve been $595 billion – it’s still not getting paid.

The requested judgment amount is of course pretty wild, not least since the entire US pirate IPTV market was worth a billion dollars in 2020. But that fails to take into account DISH’s anti-piracy strategy and the persuasive effect of mind-boggling damages on those seeking to avoid the same fate.

A common feature of DISH lawsuits against IPTV suppliers and similar entities is how they keep cropping up in subsequent and parallel investigations. The company likes to connect the dots and lawsuits make that possible.

There isn’t much public evidence detailing DISH’s settlement agreements with pirates. However, when piecing things together it’s clear that information obtained by DISH in one area (either through discovery or by defendants getting chatty as part of a settlement agreement) helps to drive new lawsuits and settlement demands against associates and/or former customers in others.

Unsurprisingly, Rocha’s agreed injunction requires him to keep hold of all “books, documents, files, records, or communications” plus “the identities of manufacturers, exporters, importers, dealers, or purchasers of such services and devices, or persons” related to his piracy activities.

Whether he still has any records or devices is unknown but if they do exist, there are companies out there who would really appreciate a quick look.

Documents referenced above can be found here (1,2,3,4)