KickassTorrents Disappears From Google After Penalty

Traditionally, KickassTorrents has been easy to find through Google by entering the search terms “KickassTorrents” or “Kickass Torrents,” but this is no longer the case.

In fact, the official KAT.cr address is nowhere to be found in the top results. Instead, people see the unknown and unaffiliated Kickasstorrents.eu domain on top in many locations, as the screenshot below shows. 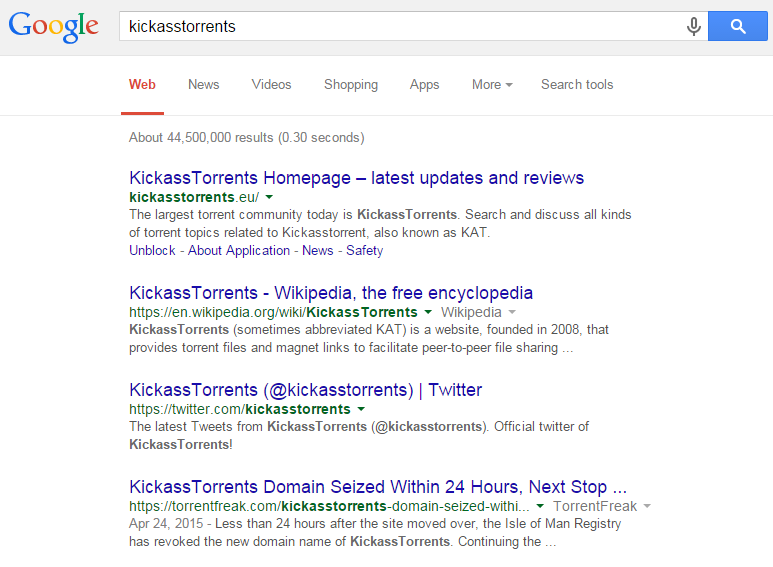 The KAT team informs us that Google began to penalize its pages a while ago, for reasons unknown. Perhaps there are ways to solve the problems, but the site is currently not doing any search engine optimization (SEO).

“It’s already about five or six months since we started to experience some kind of penalty from Google. The issue is that we were not performing any SEO activities at all,” KAT says.

What makes matters worse is that .eu site which tops Google search results is a scam. It doesn’t offer any torrents but instead prompts visitors to download File_Downloader.exe, which appears to be malware.

The KAT team finds it unfortunate that Google is sending tens of thousands of visitors to a shady site and encourages people to check the official Facebook and Twitter accounts for the latest official domain name.

Interestingly, not all search engines treat KAT the same. In Bing the site’s official domain name is not on top either, but it’s listed on the first page. DuckDuckGo does the best job, identifying the correct domain and even tagging it as an “official site,” which is quite useful to estranged KAT users. 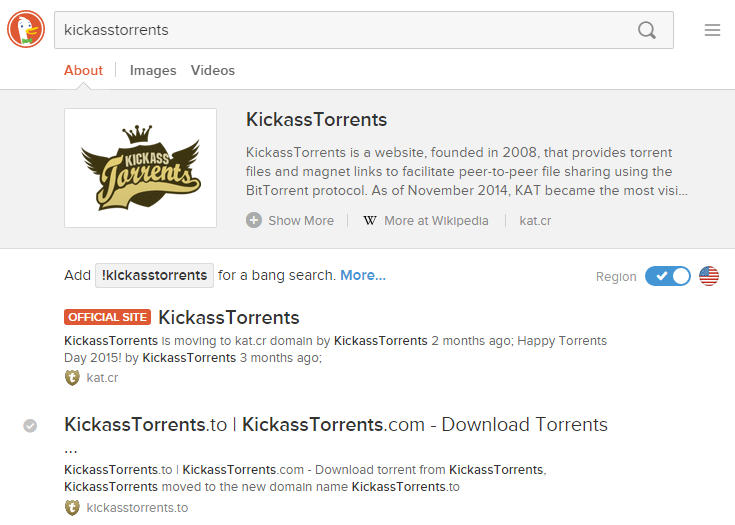