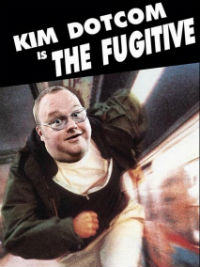 Often described as the biggest case in copyright history, the so-called ‘Mega Conspiracy’ battle has been living up to its billing since 2012.

For at least a decade, Kim Dotcom and co-defendants Mattias Ortmann, Bram van der Kolk, and Finn Batato faced a mountain of charges in the United States, a country that has never been visited by the former.

More recently, however, there has been a significant shift in positions, meaning that just one of the quartet still faces being shipped there against their will.

Former Megaupload marketing manager Batato previously had his extradition case dropped on health grounds and yesterday Ortmann and van der Kolk revealed that they too will avoid the US justice system, despite being ruled eligible for extradition by New Zealand’s Supreme Court.

The men said they had reached an agreement with the New Zealand Government and the United States to face charges in New Zealand instead. Once their ‘new’ case is heard in a local court, extradition proceedings will be dropped, meaning that just one person will remain a ‘Mega Conspiracy’ fugitive according to the US.

The charges against Ortmann and van der Kolk are believed to have been filed this week. The men say they are “similar” to those brought against them in the United States but the world will have to wait a little longer to discover exactly what they are and, crucially, what kind of plea the defendants will subsequently enter. In the meantime, Dotcom says he knows how things will play out.

According to the Megaupload founder, his former friends will “admit liability” and “become witnesses” against him. There is no public information to confirm these predictions but if they do turn out to be accurate, Dotcom’s case could become even more complicated than it is now.

Dotcom says that, unlike his co-defendants, he will never accept the injustices that all four of them have suffered so his plan is to fight on. There’s no reason to doubt that claim given Dotcom’s track record but that raises the question of what the split parties are now fighting for and what that means for their respective futures.

Uncertainty is Inevitable – But Can Be Managed

Ortmann and van der Kolk (who are on record as wanting to “move on”) no longer have to fight extradition, so in one sense they are already ahead of Dotcom. Their next challenge will be to deal with the charges against them by either mounting a full defense or admitting guilt, as Dotcom has suggested. That raises more questions.

In the last few hours, Dotcom said that if Ortmann and van der Kolk do admit liability, that will go against what they have argued all along, i.e none of the defendants in the “Mega Conspiracy” did anything illegal.

“My co-defendants don’t believe that they are criminals or members of an organized criminal group, they have said so repeatedly and that’s the truth,” Dotcom wrote.

Of course, the law allows defendants to change their position and in this case, it remains unclear what (if anything) they will admit liability for in a new set of charges. So what then of Dotcom’s claim that Ortmann and van der Kolk will “become witnesses” against him, potentially undermining his legal position?

“My co-defendants can’t help the DOJ [US Department of Justice]. We have hours of recorded conversations with them that make any testimony against me worthless. My co-defendants are aware of the recordings. I wonder if they disclosed that to the DOJ. Probably not,” Dotcom added.

With Ortmann and van der Kolk’s extradition battle all but over, questions are being raised over why they are in a seemingly favorable position and Dotcom is not. That should become clearer when the new charges are revealed and their official responses heard. In the meantime, Dotcom says that if they have the legal right to be put on trial in New Zealand, so should he.

A New Zealand Jury Could Be Of Interest

Dotcom claims that his co-defendants have made a “deal of convenience” but if they can have their case heard in New Zealand courts, he should have that opportunity too.

“My legal team may try to have my case heard in New Zealand Courts too, with a jury of New Zealanders,” Dotcom says.

“The difference is I would never accept any charges and I will defend myself to clear my name. If New Zealand can decide the case of my co-defendants I should have the same right.”

While Dotcom’s massively talented and extremely expensive legal team will explore any and all available options, the “agreement” reached by Dotcom’s colleagues with New Zealand and US authorities suggests that some kind of negotiation has taken place.

In New Zealand, the prosecution and defense can reach an understanding on what charges will result in a guilty plea. Actioned before trial, the prosecutor may reduce the number of charges and/or charge the defendant(s) with less serious offenses. Other implications are the reduction of costs for all parties and the securing of a conviction, something a trial cannot guarantee.

Appropriate sentencing is decided by the court but a guilty plea for non-violent crimes can also yield significant sentencing discounts. However, the issue with all of the above is that in Dotcom’s case, he is absolutely insistent he has done nothing wrong and won’t accept anything that doesn’t fully recognize that. It’s a tough position to incorporate into any agreement requiring quid pro quos.

Nevertheless, Dotcom says the shift in his co-defendants’ position means that “a new portal has opened” for his case too. That will no doubt be explored from every conceivable legal angle but in the meantime, he’s criticizing governments both at home and abroad for the very existence of his predicament.

“The reality is the New Zealand Govt has allowed itself to become a party to a corrupt White House conspiracy to destroy #Megaupload in exchange for Hollywood donations to the Obama and Biden 2012 re-election campaign,” he concludes.