Next month, a full decade will have passed since the file-storage empire of Kim Dotcom collapsed after Megaupload became the prime target in a high profile law enforcement operation.

Despite all the time that since passed, the New Zealand-based entrepreneur and his former colleagues are still waiting to hear whether they will be extradited to the US where a criminal prosecution is pending.

With the stakes this high, no legal resources are being spared. Several millions of dollars have been poured into this legal battle since 2011 and the end is still not in sight.

Last year, the Supreme Court of New Zealand ruled that Kim Dotcom, Bram van der Kolk and Matthias Ortmann can indeed be extradited to the United States. However, this still wasn’t set in stone, as judicial reviews and appeals were still pending.

One of the potential appeals was rejected today, which brings bad news for Dotcom and his former Megaupload colleagues. The defendants requested to challenge an earlier Court of Appeal decision, where a judicial review appeal was dismissed.

Dotcom and the other two defendants characterized that dismissal as a miscarriage of justice. It would be of public importance to challenge it further, they argued.

Among other things the Megaupload defendants believed that the Court of Appeal didn’t properly assess whether the provided evidence was sufficient. In addition, Dotcom challenged the Court’s refusal to enforce his Privacy Act requests.

No Miscarriage of Justice

After reviewing the arguments from both sides, Supreme Court Justices Winkelmann, O’Regan, and France denied the request for further appeal on these grounds. The Supreme Court concluded that no grave mistakes were made.

“We are satisfied that nothing raised by the applicants gives rise to the appearance of a miscarriage of justice in the Court of Appeal’s factual assessment,” the order reads.

“Nor do we see any error in the approach of the Court of Appeal to the question relating to the enforcement of Mr Dotcom’s Privacy Act requests or Messrs Ortmann and van der Kolk’s application to adduce further evidence on the remitted appeal.”

The Supreme Court acknowledges that the three Megaupload defendants raised a variety of issues during the court hearings. Not all were disregarded but the Court doesn’t believe that the arguments are sufficient to justify an appeal.

“We do not consider there is anything more that this Court needs to do in relation to the proposed appeals, given our conclusion that no miscarriage has arisen,” the Justices write.

Megaupload’s Legal Fights Are Not Over

While the Supreme Court’s decision is a setback for the Megaupload trio, it is likely not the last legal battle they will fight in this case. Meanwhile, the criminal and civil cases against Megaupload remain on hold in the US.

TorrentFreak reached out to Kim Dotcom who didn’t immediately reply. On Twitter, the entrepreneur mentions that he’s “unfazed,” inviting people to tune into his Twitch streams early next year. 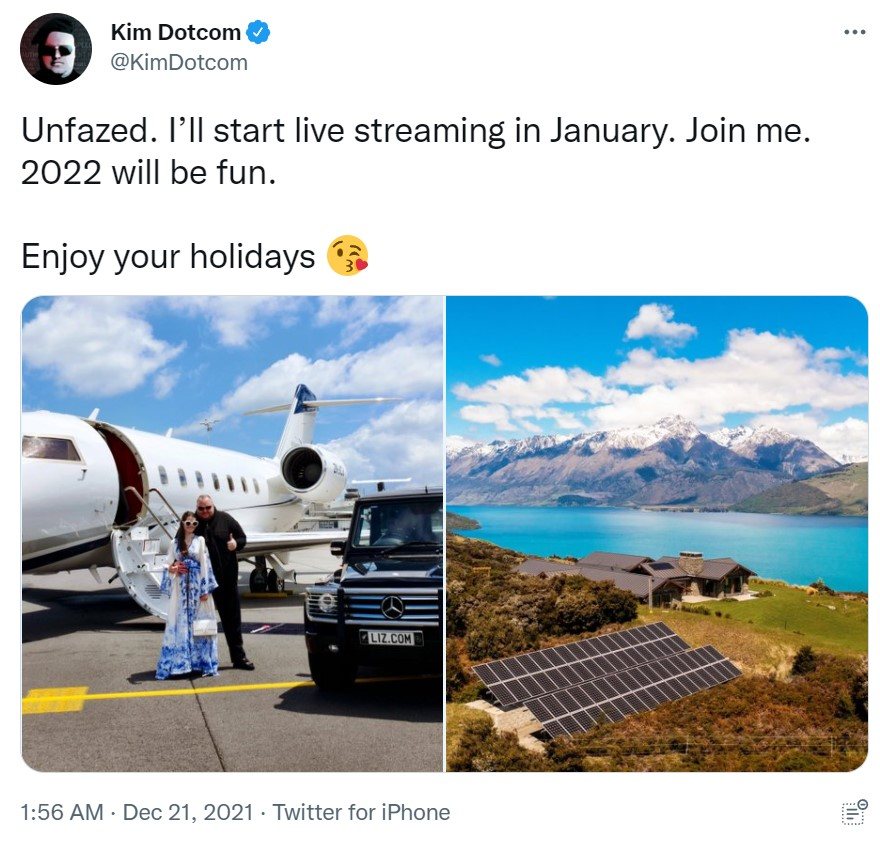