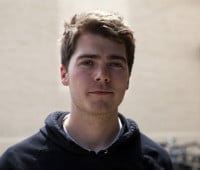 Last year Richard O’Dwyer was arrested by police for operating TVShack, a website that listed user-submitted link to TV-shows.

The UK student has since fought a looming extradition to the US, but thus far without success. In March, Home Secretary Theresa May officially approved the extradition request from US authorities.

In June the case was once again brought to the attention of the mainstream press when Wikipedia founder Jimmy Wales launched a petition to stop the extradition. According to Wales, Richard O’Dwyer is a victim of the entertainment industry’s attempt to censor and control the Internet.

The MPAA were not amused with the campaign and behind the scenes began to brief movie industry insiders on how to respond. In a leaked memo obtained by TorrentFreak we see how the group lists “basic talking points” and background on the case for “reporter briefing.”

The memo starts by framing TV-Shack as a pirate website through which O’Dwyer made a healthy profit.

“Richard O’Dwyer created TVShack.net, offering thousands of stolen movies and other pirated content to viewers in violation of both U.S. and U.K. law. In fact, O’Dwyer actively advertised the amount of money users would save by illegally streaming content via TVShack rather than by acquiring it legitimately. At the same time, he profited handsomely from advertizing on the site.”

The claim of O’Dwyer supporters that Internet freedom is at stake is nonsense according to the MPAA.

“This case isn’t about Internet freedom. It’s about a man profiting from theft. However, we do welcome a larger discussion about how best to protect intellectual property online while ensuring an Internet that works for everyone.”

Taking it a step further, the MPAA claims that the movie industry is one of the main beneficiaries of “freedom of speech and expression,” which copyright law helps to protect.

“Copyright law is a tool to protect the work of creators and makers, not censorship. The motion picture industry wouldn’t exist without freedom of speech and expression, which have been among our ‘time-honored’ core values for over a hundred years.”

The memo then discusses some background on the case, with a fictitious Q&A with a reporter. The first question asks for a response to the Jimmy Wales petition, and the answer is clear.

“We think it’s presumptuous of Mr. Wales to claim to speak for the ‘general public.’ That’s because the ‘general public’ includes the hundreds of thousands of creators and makers who create and make the compelling entertainment and content that virtually all of us enjoy on a daily basis. Their hard work deserves to be protected.”

The memo then goes on to describe how the TV-Shack website worked and what O’Dwyer’s role was. The MPAA sees O’Dwyer as more than just a middleman, mentions how he continued after ICE seized the domain name, and points out that the operator of a similar website was recently convicted in the UK.

“O’Dwyer was not a mere ‘middleman.’ He knowingly set up a site with the purpose of acting as a clearinghouse for infringing content – he advertised his site as a place to find movies that were still in theatres and in-season tv shows. He profited heavily from this activity. To call him a ‘middleman’ suggests a lack of involvement in the illegal activity, which is simply not the case.” 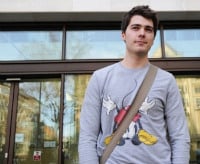 Finally, the MPAA writes that the TV-Shack admin is not just “a regular college student who likes playing with computers.” Despite wearing a Mickey Mouse sweatshirt, he is fully responsible for his actions.

“Being 24, posing for newspaper photo shoots in a cartoon sweatshirt, and having your mother and Jimmy Wales speak for you, does not mean you are incapable for breaking the law.”

While the memo doesn’t include any shocking revelations it’s intriguing to see how carefully the MPAA briefs its friends. The full memo with some extra details is embedded below.