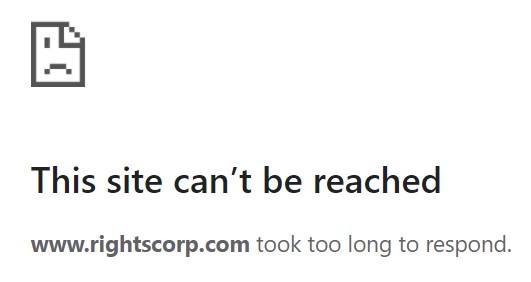 Spearheaded by the RIAA, several major music industry companies have filed lawsuits against some of the largest U.S. Internet providers.

The music companies accuse these providers of failing to terminate accounts of the most egregious pirates, thus ignoring millions of copyright infringement notices.

The liability lawsuits are seen as a major threat to the ISP industry, as multiple companies face hundreds of millions of dollars in potential damages. This is not just a hypothetical threat, as the $1 billion verdict against Cox has shown.

In response to these lawsuits, several ISPs have submitted counterclaims, scrutinizing the copyright infringement notices. Internet provider RCN did the same and also targeted the RIAA and anti-piracy company Rightscorp in its response.

Rightscorp’s notices, which often included a settlement offer, are used as evidence in music industry lawsuits. However, RCN believes that some of these notices were fraudulent. Making matters worse, Rightscorp allegedly destroyed evidence which makes it hard to verify the claims.

Last month Rightscorp filed a motion to dismiss the complaint, stating that RCN failed to state a claim under California Unfair Competition Law (UCL). Last week, the ISP countered, noting that there are plenty of reasons to continue the case.

“Over the past ten years, Counterclaim Defendant Rightscorp, Inc. has made millions of accusations of copyright infringement against users of RCN’s internet service,” RCN informed the court.

“Rightscorp does this for profit — it sends notices of copyright infringement in the hopes of extracting settlements from accused infringers, and Plaintiffs pay Rightscorp to generate these notices to pressure ISPs like RCN into terminating the internet access of accused infringers.”

Sending copyright infringement notices by itself is not ‘fraudulent’ nor is it by definition ‘unfair.’ However, RNC argues that these descriptions fit the bill here, since Rightscorp destroyed the underlying evidence.

In addition, Rightscorp allegedly refused to digitally sign its emails, so RCN could verify their legitimacy. The latter is a warranted concern, as imposters have previously sent fake settlement requests.

The lack of evidence is a serious problem, RCN notes. The company believes that Rightscorp, among other things, knowingly configured its system in a way that would result in false positives. However, with all underlying evidence destroyed this can’t be checked.

As part of its defense, Rightscorp countered that RCN wasn’t ‘injured’ by the piracy notices but the ISP disagrees. It notes that it incurred substantial costs in order to handle the millions of notices the anti-piracy company sent.

It is now up to the New Jersey District Court to decide whether the motion to dismiss should be granted or not. Meanwhile, however, there appear to be some problems at Rightscorp’s end.

Over the past few days, we have been unable to reach the site, and the last Google cache version dates back two weeks ago. TorrentFreak reached out to Rightscorp to check if this is a temporary issue, but we have yet to hear back.

Website or no website, RCN hopes that the case will continue. Ideally, they want the court to grant an injunction that requires Rightscorp to properly sign its emails and preserve all the important evidence.

A copy of Rightscorp’s motion to dismiss is available here (pdf) and RCN’s reply can be found here (pdf).