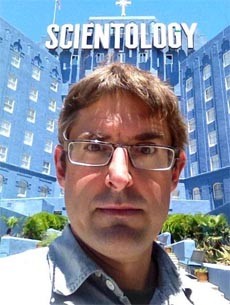 Born in Singapore to an American father and English mother, Louis Theroux has grown to become one of the UK’s most-loved documentary makers.

Last weekend Theroux fans were treated to a follow-up to the filmmaker’s interview with Jimmy Savile, the now-notorious entertainer and sex offender who brought scandal upon the BBC. However, that was a mere hors d’oeuvre to the UK premiere this Friday of Theroux’s biggest creation yet.

My Scientology Movie is Theroux’s long-awaited big-screen debut, with a documentary that investigates and ultimately pokes fun at the famous church of the same name.

Funded by the BBC , My Scientology Movie had its initial airing at the London Film Festival in October 2015 but fans of the documentary maker have been treated only to trailers ever since. This morning, however, all that changed.

Just a few hours ago, Theroux’s latest offering appeared online and began spreading across torrent and file-hosting sites alike. TF is informed that the release first appeared on a fairly well-known private tracker. However, we were unable to confirm that before publication so have omitted its name from this report.

According to numerous sources, the theatrical release has a duration of 99 mins and this ‘pirate’ copy lives up to that billing, indicating that this indeed the full movie intended for release later this week.

Louis gets a grilling 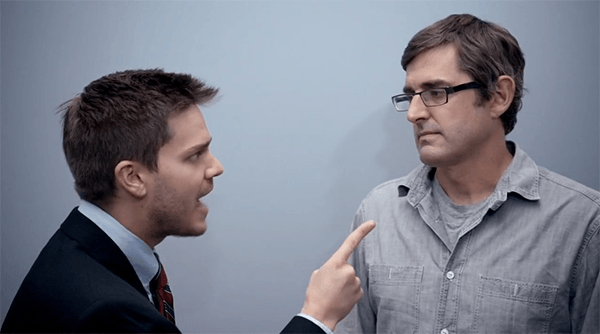 Also noteworthy is the quality of the release. Often leaked ‘cam’ versions appear online in the days after a commercial release but this is an almost perfect copy, something that will be of concern to the movie’s funders at the BBC.

The big question now is where the copy originated from. Sometimes so-called DVD screeners provide the kind of quality we’re looking at here but in this case, the people behind the release indicate that the movie was captured from a ‘WEB Rip’ source, i.e some kind of streaming system available over the web.

Rather than ‘pirate’ in nature, these sources are often official. OSN in the Middle East, for example, sometimes offers movies before their official release in the West. The same can be said of various South Korean services, hence the Korean subtitles that are visible on many early, good quality movie releases.

The police get involved 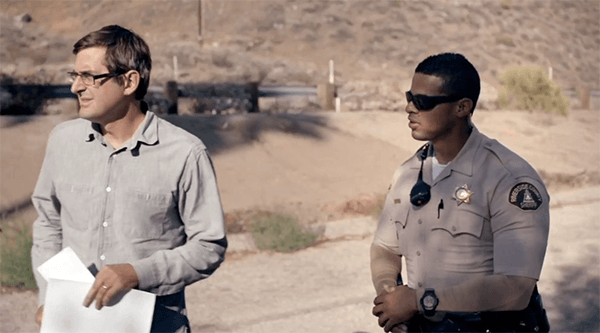 Since the leak is so fresh (and also since much of the United States is still asleep) downloads of My Scientology Movie are currently fairly modest. That is likely to change as the day progresses and the news spreads.

Update: The movie had a theatrical release in the Netherlands earlier this year but is yet to premiere in the UK or US.

Update2: Two separate sources indicate the movie has been ripped from iTunes.