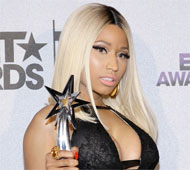 If there is one issue guaranteed to incense recording labels and artists alike it’s the premature public availability of pre-release music.

Over the years leaks from popular artists have featured in countless online piracy cases, painted by the labels as some of the most damaging forms of unauthorized distribution.

While some believe that leaks are useful for creating buzz, labels often argue that availability amounts to unfair competition and the undermining of an artist’s decision as to when and where content should be heard.

Pre-release leaks can happen anywhere in the supply chain, usually towards the retail environment, but a case set to be heard next month is unusual in several respects, not least the point at which the music was obtained.

Between 2010 and 2013 it’s alleged that unreleased music began leaking from industry-affiliated email accounts based in the United States. Tracks from some of the world’s biggest stars was targeted, including those from Nicki Minaj, Chris Brown and Mary J Blige.

It’s claimed that the music began turning up in public after being sold to DJs worldwide, events which heralded the involvement of the FBI and a trail to Sweden.

“In the United States an investigation was launched into the stolen songs. The tracks led to Sweden through bank accounts and IP addresses. Therefore, we were contacted,” says prosecutor Fredrik Ingblad.

Further investigation led Swedish authorities to a 25-year-old local man who is said to have hacked the email accounts, obtained the music, and sold it on for a profit.

“He hacked into the email accounts and got hold of unreleased songs, and songs that might have never been released. That makes this case unusual,” Ingblad adds.

The prosecution claims that the man, who denies the charges, made around $12,000 from sales of the tracks. He will go on trial in Sweden next month and will face fines and up to two years in prison. Labels including Sony, Warner and Universal are suing the man and will be seeking damages.