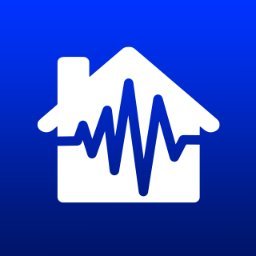 Mashups are musical compositions, usually made up of two or more tracks seamlessly blended together, which bring something fresh and new to the listener.

There are hundreds of stunning examples online, many created in hobbyist circles, with dedicated communities sharing their often brilliant work.

However, the majority of mashups have something in common – they’re created without any permission from the copyright holders’ of the original tracks. As such they remain controversial, as mashup platform Sowndhaus has just discovered.

This Canada-based platform allows users to upload, share and network with other like-minded mashup enthusiasts. It has an inbuilt player, somewhat like Soundcloud, through which people can play a wide range of user-created mashups. However, sometime last Tuesday, Sowndhaus’ main domain, Sowndhaus.com, became unreachable.

The site’s operators say that they initially believed there was some kind of configuration issue. Later, however, they discovered that their domain had been “purposefully de-listed” from its DNS servers by its registrar.

“DomainBox had received a DMCA notification from the IFPI (International Federation of the Phonographic Industry) and immediately suspended our .com domain,” Sowndhaus’ operators report.

At this point it’s worth noting that while Sowndhaus is based and hosted in Canada, DomainBox is owned by UK-based Mesh Digital Limited, which is in turn owned by GoDaddy. IFPI, however, reportedly sent a US-focused DMCA notice to the registrar which noted that the music group had “a good faith belief” that activity on Sowndhaus “is not authorized by the copyright owner, its agent, or the law.”

While mashups have always proved controversial, Sowndhaus believe that they operate well within Canadian law.

“We have a good faith belief that the audio files allegedly ‘infringing copyright’ in the DMCA notification are clearly transformative works and meet all criteria for ‘Non-commercial User-generated Content’ under Section 29.21 of the Copyright Act (Canada), and as such are authorized by the law,” the site says.

“Our service, servers, and files are located in Canada which has a ‘Notice and Notice regime’ and where DMCA (a US law) has no jurisdiction. However, the jurisdiction for our .com domain is within the US/EU and thus subject to its laws.”

Despite a belief that the site operates lawfully, Sowndhaus took a decision to not only take down the files listed in IFPI’s complaint but also to ditch its .com domain completely. While this convinced DomainBox to give control of the domain back to the mashup platform, Sowndhaus has now moved to a completely new domain (sowndhaus.audio), to avoid further issues.

“We neither admit nor accept that any unlawful activity or copyright infringement with respect to the DMCA claim had taken place, or has ever been permitted on our servers, or that it was necessary to remove the files or service under Section 29.21 of the Copyright Act (Canada) with which we have always been, and continue to be, in full compliance,” the site notes.

“The use of copyright material as Non-commercial User-generated Content is authorized by law in Canada, where our service resides. We believe that the IFPI are well aware of this, are aware of the jurisdiction of our service, and therefore that their DMCA notification is a misrepresentation of copyright.”

Aside from what appears to have been a rapid suspension of Sowndhaus’ .com domain, the site says that it is being held to a higher standard of copyright protection that others operating under the DMCA.

Unlike YouTube, for example, Sowndhaus says it pro-actively removes files found to infringe copyright. It also bans users who use the site to commit piracy, as per its Terms of Service.

“This is a much stronger regime than would be required under the DMCA guidelines where users generally receive warnings and strikes before being banned, and where websites complying with the DMCA and seeking to avoid legal liability do not actively seek out cases of infringement, leading to some cases of genuine piracy remaining undetected on their services,” the site says.

However, the site remains defiant in respect of the content it hosts, noting that mashups are transformative works that use copyright content “in new and creative ways to form new works of art” and as such are legal for non-commercial purposes.

That hasn’t stopped it from being targeted by copyright holders in the past, however.

This year three music-based organizations (IFPI, RIAA, and France’s SCPP) have sent complaints to Google about the platform, targeting close to 200 URLs. However, at least for more recent complaints, Google hasn’t been removing the URLs from its indexes.

Complaints sent to Google about Sowndhaus in 2017<

Noting that corporations are using their powers “to hinder, stifle, and silence protected new forms of artistic expression with no repercussions”, Sowndhaus says that it is still prepared to work with copyright holders but wishes they would “reconsider their current policies and accept non-commercial transformative works as legitimate art forms with legal protections and/or exemptions in all jurisdictions.”

While Sowndhaus is now operating from a new domain, the switch is not without its inconveniences. All URLs with links to files on sowndhaus.com are broken but can be fixed by changing the .com to .audio.

DomainBox did not respond to TorrentFreak’s request for comment.