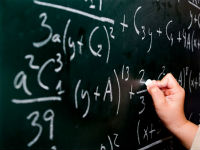 To assist students a Dutch high school teacher linked to pdf copies of answer books from his personal website.

The pirated answer sheets were stored on file-hosting services including Microsoft’s Skydrive.

However, instead of sending take-down notices to the hosting providers, the book publishers concerned schooled the math teacher in court.

The publishers, including Noordhoff, were not happy with the man’s defiant behavior and demanded that the teacher remove the links. They also claimed that the man was the initial uploader of the files.

In his defense the teacher argued that math answers are universal as there is only one right solution to a question, and that these answers are therefore free of copyright.

In a ruling yesterday the Amsterdam court disagreed. While answers to math problems may often be identical, the way the answers are explained can be crucially different, the court explained.

“Not only the formulation of the curriculum challenges the creator to make creative choices. This may also be the case in the construction of the answers. That there’s eventually only one right answer doesn’t change this,” the court writes in its verdict.

The court further explained that linking in itself isn’t copyright infringement, but that the links made it easier for others to pirate the answer books. As a result the court believes that the publishers were directly harmed by the teacher’s actions.

“In this context it is significant and can hardly be assumed otherwise, that Noordhoff will sell less and lose income because the answer books are made available on the Internet,” the court noted.

The teacher’s defense, that his website has no commercial purpose and that he’s aiding students, didn’t change the infringing nature of the links. The fact that downloading for personal use is legal in the Netherlands was seen as irrelevant.

A lower court initially ruled that the man was also the person who uploaded the pirated books, but the appeal court dismissed this claim from the publishers due to lack of evidence.

The teacher was found guilty of facilitating copyright infringement and the judge ordered him to remove the hyperlinks from his personal website and pay the litigation costs, which add up to several thousand euros.