The list of websites that are blocked in the UK for facilitating copyright infringement is getting longer and longer.

Through the sites users can stream Hollywood movies directly, or via links to third-party sites such as Vidspace or Videohub. Viooz is the largest of the quartet and is listed among the 500 most visited sites in the UK.

The ruling comes after Hollywood studios filed a complaint that remained uncontested by the ISPs. Because the ISPs have given up on defending their position in court, it is now a mere formality for copyright holders to have a pirate site banned.

Represented by FACT and the Motion Picture Association, several major movie studios decided to ask for the blockades after their inquiries to the owners of the sites remained unanswered.

“FACT and the Motion Picture Association (MPA) wrote to four websites asking them to stop infringing creative content. Collectively, these sites provide access to an enormous collection of films with no permission from the copyright owners. FACT, supported by the MPA, therefore took this court action,” FACT told TF. 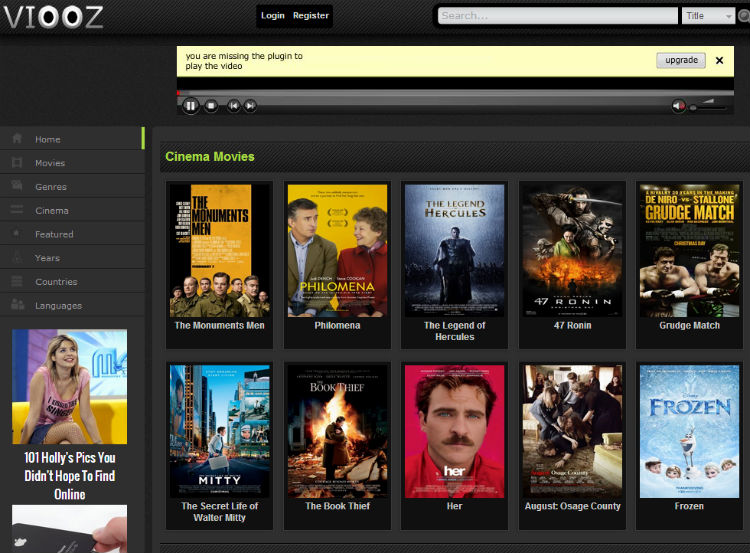 The court order, which has yet to be made public, is believed to be similar to the orders against Firstrow, Solarmovie and Tubeplus which were handed down last year.

In that verdict the Court clarified that even when a website uses external “hosts” for the infringing content, the linking sites could still be guilty of making content available.

Virgin Media confirmed that their received the court order which they will implement in the near future. “We obey court orders when addressed to the company.” spokesperson Emma Hutchinson told us.

The MPA told Recombu that the new Megashare, Viooz, Watch32 and Zmovie blockades are expected to go into effect this week. Speaking with TorrentFreak, FACT says that the aim is to steer more people towards legal options, if those are available.

“The growth of the legal online market is held back by illegitimate sites,” a FACT spokesperson told TF.

“We want an internet that works for everyone, where the creative property of artists and creators is protected along with the privacy and security of all users. The internet must be a place for investment, innovation and creativity and today’s verdict represents a step towards realizing this,” FACT concludes.

Whether the present blocks will be more than a drop in the ocean has yet to be seen. There are many other streaming portals that are still available, which means that the movie studios will probably be back in court later this year.