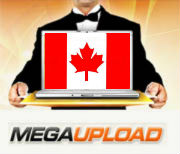 The dramatic events of January 2012 in which the gigantic Mega empire of Kim Dotcom was brought to its knees are now more than three years old. Legal argument has dogged the case from day one, with each passing month presenting yet more points of contention.

One of the oldest issues surrounds the hardware seized as part of the global operation to close down what was once the world’s largest centralized file-sharing operation.

The U.S. Government seized 1,103 servers at Carpathia’s hosting facility in the United States, equipment that is currently gathering dust in a Virginia storage facility. Also at issue is a lesser-discussed batch of servers seized in Canada.

On January 18, 2012, a judge in Ontario issued a warrant to seize the 32 servers located in an Equinix datacenter. As the case continued to build against Megaupload, Kim Dotcom and his associates, the U.S. government asked Canadian authorities to hand the hardware over, claiming that an internal Megaupload email revealed them to be “database / number crunching machines.”

A year later in January 2013, Megaupload protested the handing over of the hardware to U.S. authorities claiming that the servers contained a lot of information irrelevant to the case. Megaupload said an independent forensic examiner could examine the servers and determine their contents before any handover.

An Ontario court sided with Megaupload and refused to send the servers’ data to the United States. Instead, both sides were ordered to find a way to filter out irrelevant content.

Now, more than two years later, the issue of just how much of this seized content can be sent to the United States remains an issue. The matter reappeared before a Toronto court Monday, with fresh ideas on how progression can be made.

Crown attorney Moiz Rahman, acting on behalf of the U.S. government, suggested the appointment of an independent group of forensic examiners to inspect the data and determine which data is relevant to the case, CBC reports.

However, Megaupload lawyer Scott Hutchison raised concerns that once back in the United States, the so-called “clean team” might disclose non-relevant information they’d discovered on the servers. Any ruling in Canada to seal their lips would not be enforceable in the U.S., Hutchinson said.

“Once they return to the United States, that’s nothing more than a promise,” the lawyer said.

While conceding that the “vast majority” of the data was likely to be media uploaded by Megaupload’s users, Hutchinson suggested that it would be preferable to hire an independent Canada-based investigator to carry out the work.

But speaking for the Crown on behalf of the U.S., Rahman said that a U.S. team could present the results of its investigation to a Canadian court, which could then decide what information would be allowed back to the United States under current treaty protocol.

“That’s a little bit of cold comfort to me,” said Justice Michael Quigley.

After Rahman claimed that an independent Canadian investigator would prove too expensive, the Judge ordered the parties to present their respective costings to the court before any decision on the fate of the data is made.