Having spent billions on development and marketing over decades, companies like Microsoft dominate important sections of the software market.

As a result, in some business and educational environments use of Microsoft software is effectively mandatory, leaving consumers with little room to consider alternatives or negotiate a discount.

Pirate sites are always an option but many consumers feel that a genuine product bought at a discounted price is a safer and more honest option. What some don’t know is that through the actions of others, they may be paying to access unlicensed software that is no more legal than a download from The Pirate Bay.

The defendants are described as prolific distributors of “black market access devices”, aka activation keys and tokens for Microsoft software. Those who bought keys and tokens may have been under the impression that they were purchasing official software but as Microsoft explains, that is not only misleading but a mischaracterization of the things they were sold.

Background: Keys and Tokens Are Not Licenses

Microsoft says that it develops software and distributes digital downloads using its own site and those of other vendors. Importantly, Microsoft stresses that it does not sell software; it offers licenses that enable people to use its software, under a set of strict terms and conditions.

Products including Microsoft Office, Project, Visio, Windows 10, and Windows 11 are all subject to licensing terms that restrict how the products can be used. Microsoft can also provide a product activation key to be entered as part of the installation process, with data about the activation sent to the company’s servers.

Like software tokens, which enable downloads and automatic software activation, activation keys are anti-piracy tools, and exchanging money for them is not the same as buying a license. Indeed, Microsoft makes itself very clear – the activation of a piece of software means nothing in the absence of a license.

Microsoft’s problem is that product activation keys can be ‘decoupled’ from the software they were meant to authorize and then reused to activate more copies of the software, in some cases more copies than the attached Microsoft license permits. As a result, there is a global black market for activation keys which are sold to often unsuspecting consumers who then download official software from Microsoft, without buying a license.

According to Microsoft, the defendants engaged in “widespread marketing” that enabled the illegal sale of Microsoft’s activation keys and tokens through the websites softwarekeep.com, softwarekeep.ca, saveonit.com and catsoft.co. Once the keys were purchased, customers were given links to download the software either directly from Microsoft or from sites hosting counterfeit copies.

Between September 2020 and January 2022, Microsoft made a number of test purchases including Office Professional Plus, Office Home & Student, and Windows 10 and 11 Professional. These confirmed the sale of activation keys, software tokens, and the supply of instructions to illegally download Microsoft software. 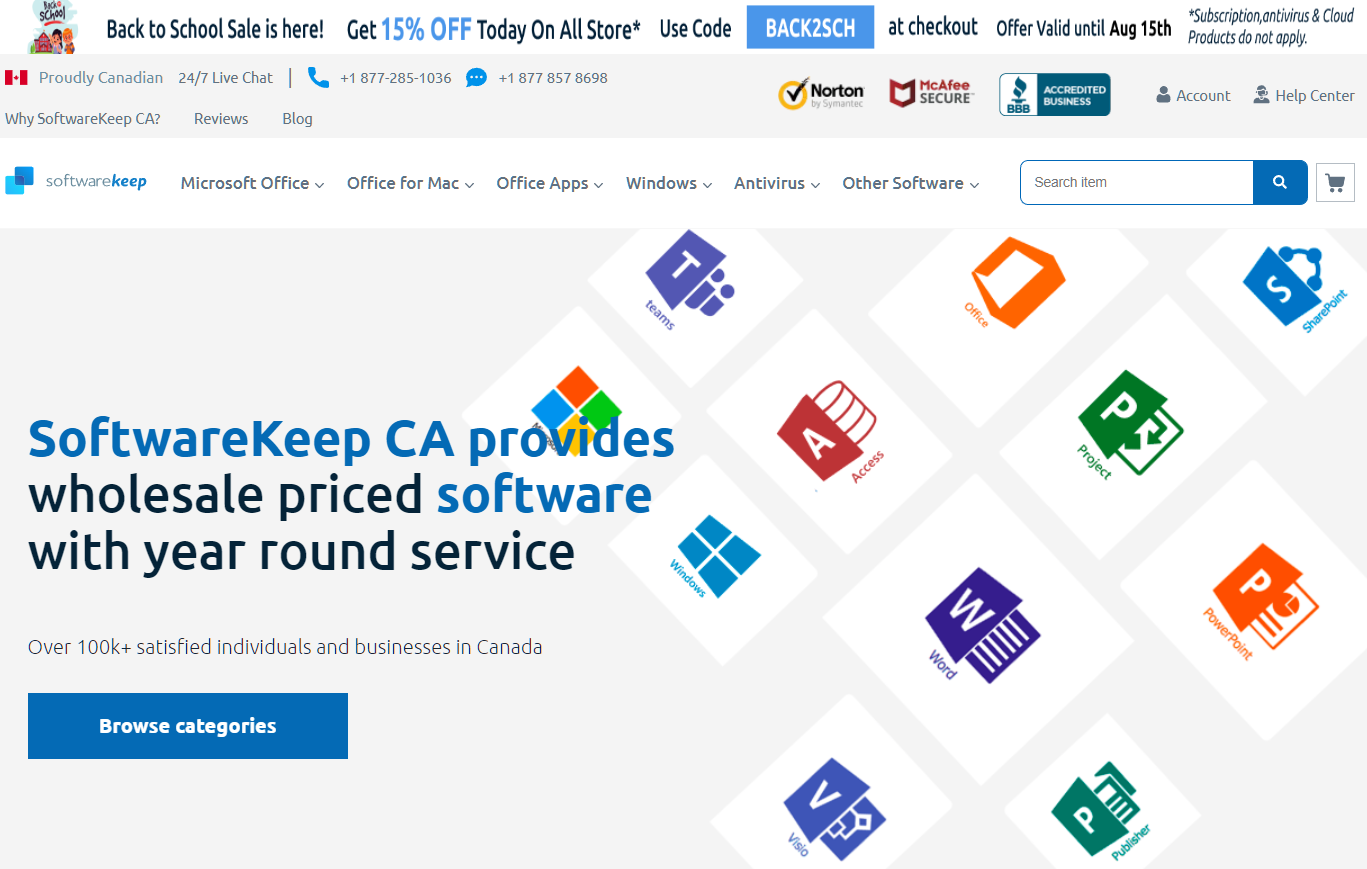 “In either instance, copying software from these sites constitutes the infringement of Microsoft’s copyright-protected software which Defendants induced, enabled, facilitated, and proximately caused,” the complaint reads.

In other words, since people who bought keys did not buy a license, downloading the software from anywhere and making a local copy amounted to piracy. Microsoft doesn’t appear interested in chasing consumers but the software giant wants to hold the defendants liable for their customers’ unintentional piracy.

“Defendants and the Doe Defendants materially contributed to their customers’ infringement by knowingly and intentionally sourcing and reselling decoupled product keys to be used by their customers to facilitate the downloading, copying, and activation of Microsoft’s copyright-protected software from unauthorized and counterfeit download sites.”

Microsoft says it’s entitled to recover its actual damages and profits attributable to the defendants’ infringement. Alternatively, Microsoft is entitled to seek $150,000 in statutory damages under 17 U.S.C. § 504(c) for each willful infringement.

Microsoft continues with a claim for trademark infringement due to the defendants using its product logos to advertise and sell keys to activate counterfeit and unlicensed software.

“Defendants’ activities are likely to lead others to conclude, incorrectly, that the infringing materials that Defendants are advertising, marketing, installing, offering, and distributing originate with or are authorized by Microsoft, thereby harming Microsoft, its licensees, and the public,” Microsoft adds.

The complaint concludes with additional causes of action including false designation of origin, false and misleading representations and descriptions of fact, trade dress infringement, and a request for an injunction.