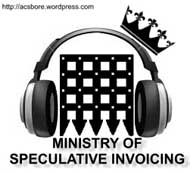 As reported in our earlier article, today London lawyers Gallant Macmillan will go to court on behalf of their client and large independent music label Ministry of Sound.

The continuation of the hearing between Ministry of Sound Recordings Ltd and ISP Plusnet Plc will go ahead at London’s High Court. Gallant Macmillan hope that the judge, Chief Master Winegarten, will order Plusnet to hand over the identities of hundreds of alleged filesharers so that Ministry of Sound can prise a cash settlement out of them, ACS:Law style.

“This suggests that an administrator has manually pulled the website off the server, although the domain is still pointing to the same server,” a leader of Operation Payback told TorrentFreak.

Nevertheless, Gallant Macmillan (and their mail service housed on the same server) remained the target but then, shortly before the attack was due to start, the law firm took an unexpected action.

“An hour before the attack, GMLegal.co.uk changed their DNS records to point to 127.0.0.1, effectively surrendering,” we were informed.

But a new target had already been chosen, one that didn’t have any time to prepare. Minutes after 7pm GMT, the website of Ministry of Sound, which ordered the action against alleged file-sharers, was taken offline by a huge DDoS attack. The payment site of the company was also targeted, along with its operations in other countries.

This is the first time that a site that actually makes money from selling music has been targeted in Operation Payback and the attack will have a direct financial consequence for Ministry of Sound which turns over around £80 million worldwide.

At the time of writing, some 12 hours after the attack began, much of MoS’s online operations remain down. If Operation Payback wanted to give MoS something to think about in court today, they will have achieved their aim, especially if the judge doesn’t give them an easy ride.