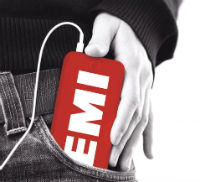 After several years the court case between EMI and MP3tunes has come to an end, and the verdict can be seen as a clear victory for the music storage service.

The ruling handed down by Judge William Pauley yesterday confirms that MP3tunes “did not promote infringement” by allowing its users to store music online. According to the judge, MP3tunes also correctly terminated accounts of repeat infringers and complied with DMCA takedown requests that were sent to their music search engine Sideload.com.

Through Sideload.com users can search for music hosted on third-party sites and add those to their MP3tunes lockers. Among other sites it searches external file-hosting services such as RapidShare.

EMI characterized these sites as known “piracy havens” and argued that MP3tunes should not therefore be eligible for safe harbor protection under the DMCA. Judge William Pauley disagreed with this assessment and ruled that the file-hosting services linked to by Sideload.com are not “illegal” by definition.

MP3tunes founder Michael Robertson is pleased with the verdict, which he says is a clear victory for cloud hosting services.

“We’ve always operated our music service in a responsible manner and because of that the Judge determined that MP3tunes has protection under the DMCA as a service provider for both MP3tunes and Sideload.com,” he told TorrentFreak.

“Few companies have been able to stand up to the record labels’ attacks and get rulings from the court on key issues relevant to the future of the internet music and this 29 page ruling will set new precedent if it remains standing,” Robertson added.

While the ruling was mostly in favor of MP3tunes, EMI did also score a small win.

The judge concluded that in addition to removing links from the Sideload.com search engine, MP3tunes should have also removed the associated files from the lockers of its users. In addition, several MP3tunes employees were found guilty of copyright infringement as they stored EMI songs in their own accounts.

“We are pleased that MP3tunes and Michael Robertson have been held liable for infringing hundreds of sound recordings and musical compositions through their Sideload and MP3tunes website,” EMI said in a response. “At the same time, we’re disappointed that the Court found that MP3tunes was entitled to a safe harbor for some of its conduct under the DMCA.”

Although yesterday’s decision is an important one, it has to be noted that both sides still have an option to appeal. EMI has already hinted it will, and MP3tunes says it may also do the same to score a win against EMI on all fronts.

“EMI initially alleged that MP3tunes infringed 33,000 of their works and this ruling cuts that list down 99% to about 350 works and even then only in two narrow aspects. Even in those areas we would suggest that the facts are inconsistent with the court’s ruling and are exploring appeal options,” Robertson said.