The injunction was the result of isoHunt’s protracted court battle with the MPAA that began back in 2006. The Court ordered the owner of isoHunt to censor the site’s search engine based on a list of thousands of keywords provided by the MPAA, or cease its operations entirely in the U.S.

isoHunt implemented the filter for U.S. visitors which allowed it to remain online, but at the same time owner Gary Fung took his case to the Court of Appeals. Through the appeal, isoHunt hoped to reverse the permanent injunction, but this didn’t come to pass.

With the appeal concluded the movie studios are now asking for a summary judgment, hoping that the court awards them compensation for the many pirated movies that were downloaded via the isoHunt site. In addition, the MPAA has filed a motion for contempt claiming that the current keyword filter on the isoHunt Lite site is not doing its job.

“The Isohunt Lite filtering problems are too serious and consistent to be mere matters of innocent ‘mistake’ or unavoidable filtering ‘leakage’ as Defendants have variously claimed,” the MPAA tells the court, suggesting that isoHunt is making these mistakes intentionally to keep up its profits.

“The record to date supports the inference that Defendants have deliberately engineered the filter to ensure that it is ineffective in preventing access to Plaintiffs’ copyrighted works. As the Court found, because Defendants profit from infringement, they have a powerful economic incentive to continue providing users with access to Plaintiffs’ popular movies and television programs.”

Backed up by screenshots, the MPAA cites several examples of popular movies whose titles are on the ban list, but are still available thought the site. 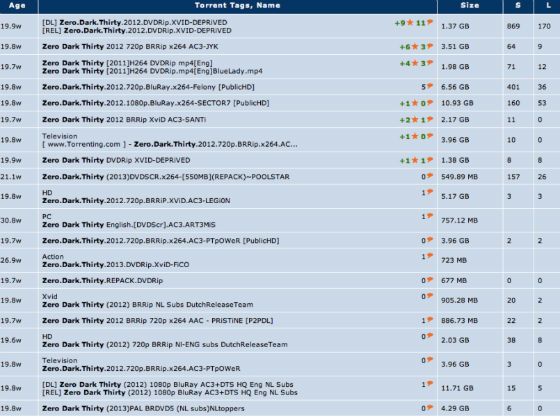 The movie studios argue that nearly all movies are still accessible through the site, which would mean that isoHunt is not in compliance with the injunction. While isoHunt has claimed that these are mere mistakes, the MPAA believes that it supports their motion for contempt.

“Facially, such a filter is wholly ineffective and cannot be the basis of compliance with an injunction that enjoins Defendants from ‘hosting, indexing, linking to, or otherwise providing access to any Dot-torrent or similar files that correspond, point or lead to any of the Copyrighted Works.'”

The MPAA asks the court to order isoHunt to hand over all filter-related source code and databases, so the movie studios can show that the filtering failures are not “innocent mistakes” or “mere unavoidable leakage.”

TorrentFreak asked isoHunt owner Gary Fung for a comment on the allegations put forward by the MPAA, but he chose not to respond at this time.

It is clear that the MPAA is not letting the isoHunt case rest just yet. In addition to the motion for contempt there is also a motion for summary judgment pending. The movie studios are currently in the process of calculating the damages they have suffered as a result of isoHunt’s operations, which is expected to be in the millions.

The MPAA previously won a $110 million judgment against the TorrentSpy site, and it’s expected the damages claimed against isoHunt will be in the same range, or perhaps even higher.