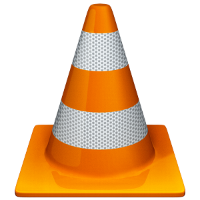 VideoLAN’s VLC media player is installed on the PCs of millions of Internet users.

It’s widely regarded as the best tool to play videos and audio in just about any format found anywhere on the web. When something can’t be played, VLC almost always provides the answer.

In the near future the media player may add a feature that will increase its appeal even more – the capability to stream BitTorrent files.

A group of VLC fans and supporters have been discussing this idea with the VideoLAN team, who say that there’s a good chance that a BitTorrent module will be added if the code is right.

TorrentFreak spoke with the group, which includes successful Internet entrepreneurs, and they explained that making VLC BitTorrent-compatible could change the lives of millions. Instead of downloading files through a traditional BitTorrent client, VLC should be able to stream the media directly from a magnet or torrent link, if the bandwidth is sufficient.

Last week they posted their project on Elance, putting up a $10,000 bounty for the developer who can deliver the right code.

“The developer should submit a working patch for VLC that lets a user open a torrent file or ‘magnet link’ in VLC, and start watching any media files within VLC after a minimal delay,” the project description reads.

VLC is open to the idea of implementing and maintaining BitTorrent support, but cautions that there’s a high standard to meet.

Commenting on the plan, VideoLAN’s Jean-Baptiste Kempf told TorrentFreak that the idea to make VLC BitTorrent compatible isn’t new. Over the years several developers have submitted code to do this, but thus far none matched the high quality requirements.

“So far, all BitTorrent related modules for VLC have been of low code quality and have not been merged. We really care about code quality and maintenance, since we are not many in the VLC project,” Kempf said.

“A BitTorrent module for VLC could be a fun idea, but it would need to match and behave correctly in our VLC architecture,” he adds.

There’s also interest in the project from the BitTorrent developer side.

Arvid Norberg of the widely used BitTorrent library libtorrent is offering his assistance to make the BitTorrent part work smoothly. Libtorrent already supports streaming, but this project may be a good opportunity to further improve the code.

“The main reason I’m interested in being in touch with whoever does it is because the streaming support in libtorrent is not all that well polished, and this seems like a good opportunity to be able to get some real testing of it,” Norberg says.

“I think it’s pretty exciting, and parts of it could be somewhat challenging as well, such as tuning the streaming logic and user interface in a way to make it a solid user experience. Especially the case where the download capacity is close to or less than the bitrate of the media being streamed,” he adds.

BitTorrent streaming isn’t really new of course, as some of the most used clients already have similar functionality. However, streaming torrents directly from a media player certainly is a game changer. If the right minds get together BitTorrent may soon be even more mainstream than it already is.

Developers who think they have the right skills to deliver the project are encouraged to apply here.