When it comes to copying products, the Chinese can show even the most prolific counterfeiters a thing or two. From knock-off iPhones to the latest blockbuster movies, this East Asia behemoth will clone anything you like, quicker than almost anyone else and in larger quantities.

Inevitably though, quality is sometimes a little lacking. A copy iPhone might look all good on the surface (until you use the OS), and a copied TAG watch might tell the correct time (twice a day at least), but sometimes buyers get a product that exceeds all expectations.

Over in Russia a computer engineer located near the Chinese border had quite a surprise when a customer brought a 500GB hard drive in for repair. 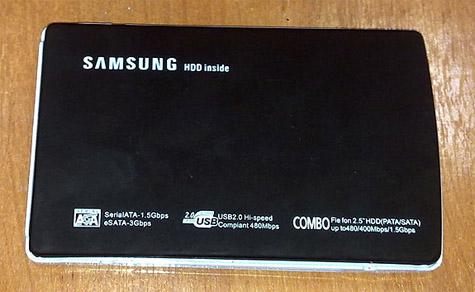 According to the casing it was a very nice Samsung product, but somehow it had ceased functioning. Indeed, it hadn’t functioned properly since the beginning.

The drive itself reported its full capacity and initially seemed to behave correctly when files were transferred to it. The owner had apparently copied a 1.5GB movie to the drive, but somehow only the last few minutes of the movie were being stored.

Time to open up the case and have a little look inside. 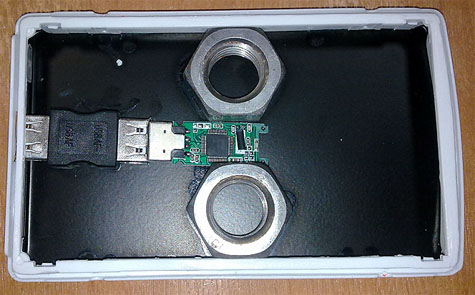 What you’re looking at there is a couple of large metal nuts (presumably for some authentic ‘weighting’) which are together caressing a 128Mb flash drive.

But here’s the clever bit. The drive cleverly sucks data in from the host computer until it’s full and then starts dumping data until all it’s left with is the last part of the file. All other files on the drive stay intact and the file size of the now incomplete file is reported correctly.

File-sharers are apparently buying these drives in good faith and are getting ripped off and left with nowhere to put their stuff. If we can find out the name of the domain selling these devices we’ll send it over to ICE so they can have it seized….