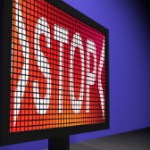 The UK is now one of the easiest countries in the world to obtain a website blocking injunction on copyright grounds. While much work had to be done initially, having websites filtered out by the leading ISPs is now a streamlined and largely closed-door practice.

Child protection issues aside, up until now it has been copyright holders leading the charge for websites to be blacked out. Dozens of sites are affected, with the majority of the world’s leading file-sharing portals now inaccessible by regular means. If the parent company of luxury watchmaker Cartier has its way, soon a new and potentially more widespread wave of website blockades will begin.

Compagnie Financière Richemont S.A. owns several well-known luxury brands including Cartier and Mont Blanc. For some time it has been trying to pressure sites offering counterfeits into closing down, but without success. Mirroring the tactics being employed by the studios and recording labels, Richemont has essentially given up on that approach and has decided to take legal action ISPs instead.

In May the ISPs responding by telling the company that it had not done enough to have the sites close down, such as contacting their webhosts to have service discontinued. The ISPs also complained that by blocking the websites there was a chance that legitimate trade could be affected. An unfair financial burden for the ISPs was also a probability, particularly given the number of likely copycat requests if the application was successful.

While it appears the ISPs are putting up more of a fight in this case than they did with entertainment company blocking requests, those were actioned under copyright law where injunctions against service providers are catered for. UK trademark law has no such direct provision.

The case, which is now being heard at the High Court, has attracted the attention of the Open Rights Group. ORG says it takes no view on the merits of the case, but has been given permission to intervene in order to raise awareness over the possibility that third party interests could be affected if blocking injunctions are granted.

“As the court is being asked to extend the circumstances in which blocking orders are granted, it’s vital that the wider public interest is taken into account. We hope that our intervention will help ensure that future claimants cannot use blocking orders to restrict legitimate activity or free speech,” says ORG Legal Director Elizabeth Knight.

ORG says its concern is that if Geneva-based Richemont are successful, further applications could be made which are contrary to public interest. These could include blocking sites that use logos to legitimately criticize or parody well known brands

“Court blocking orders may also affect commercial third parties who have no involvement in any alleged infringement – for example law abiding businesses whose products appear on websites alongside those of companies involved in infringing activity,” the group says.

It remains to be seen how smoothly the process pans out, but there could be interesting side effects. Entertainment industry companies and artists also own plenty of trademarks that are often displayed on ‘pirate’ websites. If the trademark route proves a simple one, that could end up being their chosen path for future blocking requests.

Mr Justice Arnold has requested submissions on how third party rights could be affected if injunctions are granted. ORG will ensure he gets the message.