When the Swedish Pirate Party was founded in early 2006, the majority of the mainstream press were skeptical, with some simply laughing it away. But they were wrong to dismiss this political movement out of hand. Today, the Pirate Party accomplished what some believed to be the impossible, by securing a seat in the European Parliament.

With 99.9% of the districts counted the Pirates have 7.1 percent of the votes, beating several established parties. This means that the Pirate Party will get at least one, but most likely two of the 18 (+2) available seats Sweden has at the European Parliament.

When we asked Pirate Party leader Rick Falkvinge about the outcome, he told TorrentFreak: “We’ve felt the wind blow in our sails. We’ve seen the polls prior to the election. But to stand here, today, and see the figures coming up on that screen… What do you want me to say? I’ll say anything”

“Together, we have today changed the landscape of European politics. No matter how this night ends, we have changed it,” Falkvinge said. “This feels wonderful. The citizens have understood it’s time to make a difference. The older politicians have taken apart young peoples’ lifestyle, bit by bit. We do not accept that the authorities’ mass-surveillance,” he added. 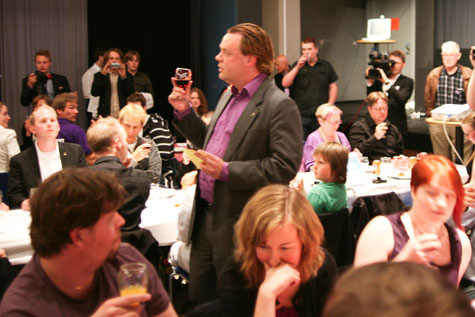 The turnout at the elections is 43 percent, a little higher than the at the 2004 elections. This would mean that roughly 200,000 Swedes have voted for the Pirate Party. This is a huge increase compared to the national elections of 2006 where the party got 34,918 votes.

Both national and international press have gathered in Stockholm where the Pirate Party is celebrating its landmark victory. 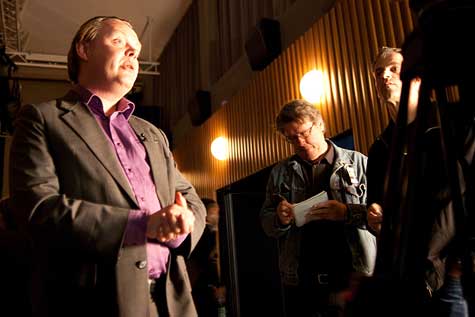 At least partially, The Pirate Party puts its increased popularity down to harsh copyright laws and the recent conviction of the people behind The Pirate Bay. After the Pirate Bay verdict, Pirate Party membership more than tripled and they now have over 48,000 registered members, more than the total number of votes they received in 2006.

With their presence in Brussels, the Pirate Party hopes to reduce the abuses of power and copyright at the hands of the entertainment industries, and make those activities illegal instead. On the other hand they hope to legalize file-sharing for personal use. 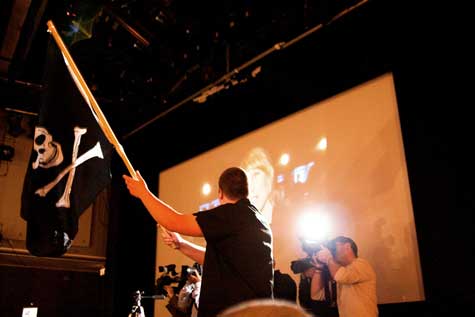 “It’s great fun to be a pirate right now”, Christian Engström, Vice Chairman of the Pirate Party told the press when he arrived.

Update: Sweden has 20 seats, but until the Lisbon treaty passes only 18 with voting rights. This means that the Pirate Party will have 2 seats.

Update: In Germany the Pirate Party got approximately 1 percent of the votes, not enough for a seat in the European Parliament. Andreas Popp, lead candidate for the German Pirate Party is pleased and told TorrentFreak: “This was the first time, we ran for the European elections. And although many voters have hardly known us, we got a great result. This shows, that many citizens identify themselves with our goals. I want to thank all people who supported us, we could not have done that without them. We have fulfilled our minimal goal of 0,5%. Now we can start up for real!”

Update: Here’s a feature article on the election night and outcome.