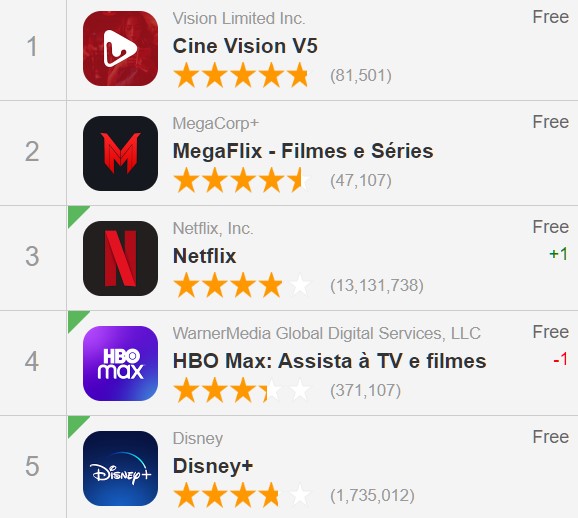 Over the past decade, mobile applications have become the standard platform for most people to consume content online.

Whether it’s for shopping, news, or entertainment, there is a mobile app available for any type of content.

This shift in consumption patterns is not limited to legal content; streaming piracy has gone mobile as well. Pirate streaming apps often have to be sideloaded onto devices but can be occasionally found in official app stores too.

App store operators Apple and Google clearly state that copyright-infringing apps are against their terms and conditions, but some still get through. In Brazil, the situation appears to be getting out of hand.

Local news site Tecmundo spotted that several of the most popular entertainment apps in the local Play Store give access to pirated streams. Apps such as “Cine Vision V5” and “MegaFlix” rank higher than Netflix, HBO and Disney.

This isn’t a recent trend either. Streaming piracy apps have been dominating the top charts for weeks on end, if not longer. And there are many alternative versions in circulation as well.

The apps in question, which include “MegaFlix”, stream pirated copies of movies and TV shows. These are then monetized through ads. This can be quite lucrative, as some of the apps have millions of downloads.

Over time some applications have been removed from the Play Store, but the ones at the top of the rankings today have been listed there for a while without running into trouble.

Looking at the Play Store reviews, it’s immediately clear that these aren’t just a few fringe apps. Cine Vision V5, for example, has over 82,000 reviews at the time of writing and the vast majority are positive.

“Incredible! [Cine Vision V5] has content from Netflix, Amazon Prime Video, Disney+, HBO Max, Paramount+, Apple TV, among others. It’s as if I had subscribed to all these streams, only without paying anything,” one reviewer writes.

“Very good app. Episodes can be marked as watched and do not confuse later to continue. Few ads,” another adds. 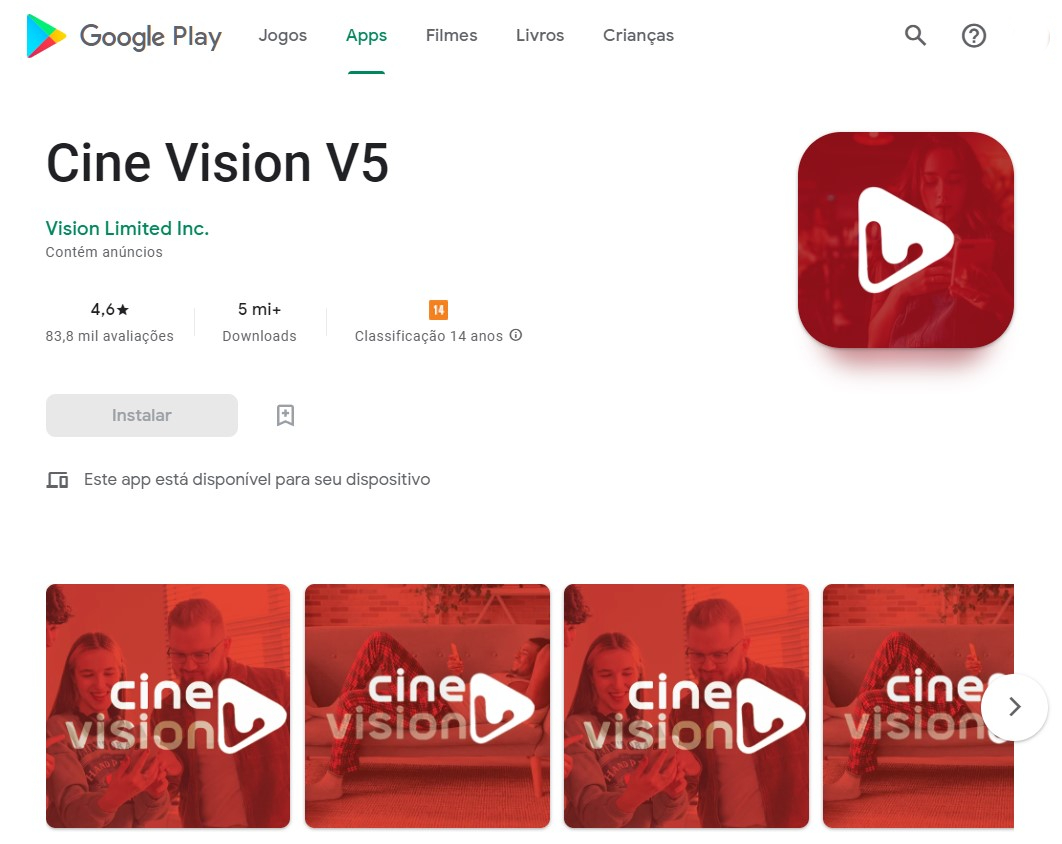 These appear to be legitimate reviews and similar positive comments are regularly made on social media. Strangely enough, however, this hype is mostly limited to Brazil. In most other countries, the app doesn’t appear to have gathered much steam.

The positive comments are local too. When we first looked at the reviews, the ones we saw mostly complained that the app only listed trailers, not the full content. After changing to the Brazilian store, the rave reviews appeared.

This suggests that some of these apps function differently depending on what country they’re downloaded from. And indeed, this is also what our own experience confirms.

After failing to find a copy of “Cine Vision V5” in our local Play Store, we managed to install “MegaFlix”. To our surprise, the app only listed trailers. This is also confirmed by various negative reviews. In Portuguese, however, the feedback is mostly positive.

Apparently, the developers purposefully limit the audience of their full apps to a few locales. It’s possible they’d rather not attract attention in certain countries and that may also help apps pass the Google review process.

While this is an interesting approach, flying under the radar is hard when the apps consistently appear in the ‘most popular’ charts. Eventually, copyright holders will take notice.