In recent years there has been a boom in video streaming services, some operating with proper licenses and others without.

In a few cases, the line between legal and illegal is hard to spot for the public. When the latest Hollywood blockbusters are available for free it’s quite clear, but there are also slick-looking paid subscription services that operate without proper licenses.

The latter is what eTVnet is accused of. The streaming service targets Russian speakers in the United States and is accessible via the web or streaming boxes such as Roku. However, it does so without proper licenses, a complaint filed at a Massachusetts federal court alleges.

“On information and belief, the eTVnet Conspirators have illegally copied thousands of movies and are distributing them to paying customers illegally,” the complaint reads.

“By populating their streaming video service with stolen, illegally copied, and infringing copyrighted content, the eTVnet Conspirators have unlawfully and unfairly gained an advantage over their competitors, including Plaintiff.”

While this reads like a typical copyright infringement lawsuit, it isn’t. The complaint was filed by the Scottish company Alamite Ventures, which operates TUA.tv, a competing streaming service in the US.

The company filed suit against eTVnet, which is incorporated in Canada, as well as two owners and operators of the streaming service. They stand accused of civil conspiracy, unfair business practices, and false or misleading representations of fact under the Lanham Act. 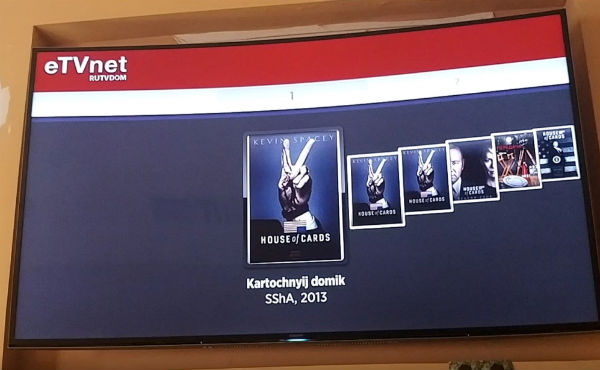 There obviously can’t be a claim for copyright infringement damages, since Alamite is not a copyright holder, but the complaint does mention that major US companies such as HBO, Disney and Netflix are harmed as well.

“Given the staggering amount of copyright infringement committed by the eTVnet Conspirators, the damage to United States-based copyright owners easily eclipses $100,000,000,” it reads.

There is no calculation or evidence to back the $100 million claim, which seems quite substantial. However, according to Alamite Ventures there is no doubt that eTVnet is willingly operating a pirate service.

“…the eTVnet Conspirators know that their actions are illegal and have instituted a sophisticated scheme to avoid getting caught.”

“For example, the eTVnet Conspirators do not allow new users to access the stolen content library until they can verify that the new users are not “spies” or affiliated with content producers or law enforcement.”

Alamite Ventures hopes the court will agree and requests damages, as well as the shutdown of eTVnet in the United States.

Update: David Liston, counsel to Matvil Corp, informs TorrentFreak that the company will defend itself vigorously.

“Matvil Corp d/b/a eTVnet (“Matvil”) is aware that Alamite Ventures LP (“Alamite”) recently filed a lawsuit against Matvil in the U.S. District Court for the District of Massachusetts although Alamite has not yet served the complaint on any of the named defendants in the lawsuit.”

“Matvil will vigorously defend itself in the lawsuit, which it considers baseless and ripe for dismissal.”

“Matvil supports the rights of content holders and their legitimate efforts to prevent pirates from distributing the content holders’ programming without authorization.”

A copy of the full complaint is available here (pdf).