“Pirating” UK Student to be Extradited to the US 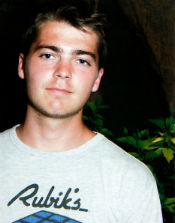 Last year Richard O’Dwyer was arrested by police for operating TVShack, a website that carried links to copyrighted TV-shows.

Following his detention in the UK’s largest prison, the site owner fought a looming extradition to the US, but without success.

After a UK judge gave the green light to extradite the student two months ago, Home Secretary Theresa May officially approved the request from US authorities today.

Julia O’Dwyer, Richard’s mother, is severely disappointed with the decision and says that her son has been “sold” to the US. The extradition may disrupt his life for years.

“Today, yet another British citizen is betrayed by the British Government,” she said.

“Richard’s life – his studies, work opportunities, financial security – is being disrupted, for who knows how long, because the UK Government has not introduced the much-needed changes to the extradition law.”

The extradition is controversial because under certain circumstances merely linking to copyright material isn’t an offense in the UK. In 2010, linking website TV-Links was deemed to be a ‘mere conduit’ of information and its admins were acquitted.

In the US recent court rulings are of a totally different kind. There, Richard O’Dwyer faces the same fate as several other operators of linking sites that were recently on trial.

In January, Ninjavideo founder Hana Beshara was sentenced to 22 months in prison followed by 2 years of probation, 500 hours of community service and ordered to repay nearly $210,000. Fellow admin Matthew Smith received 14 months in prison, two years supervised release, and was ordered to pay back just over $172,000.