Once upon a time, torrent and web streaming sites were regularly in the headlines while being targeted by the authorities. With the rise of set-top box streaming, actions against pirate IPTV operations are more regularly making the news.

In an operation coordinated by the public prosecutor’s office in Rome, 150 officers of the Provincial Command of the Guardia di Finanza (GdF) this week targeted what appears to be a fairly large unauthorized IPTV provider.

Under the banner Operation Spinoff, in Italy, more than 50 searches were carried out in 20 provinces of 11 regions. Five people were arrested. Elsewhere in Europe – in Switzerland, Germany and Spain – the Polizei Basel-Landschaft, the Kriminal Polizei and the Policia Nacional coordinated to execute warrants.

A small selection of the service on offer 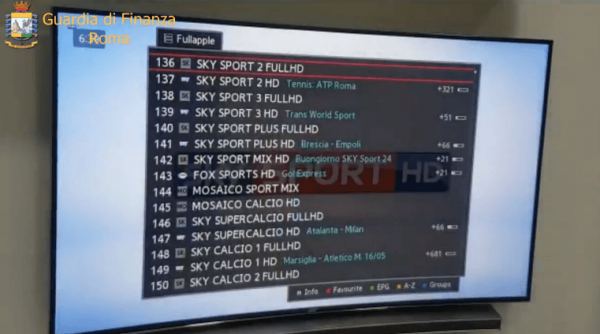 “Through technical and ‘in-the-field’ investigations and the meticulous reconstruction of financial flows, carried out mainly through prepaid credit cards or payment web platforms, investigators have reconstructed the activity of a pyramid-like criminal structure dedicated to the illegal decryption and diffusion of pay-per-view television content through the Internet,” the GdF said in a statement.

Italian authorities report that the core of the IPTV operation were its sources of original content and channels. These were located in a range of diverse locations such as companies, commercial premises, garages and even private homes. Inside each location was equipment to receive, decrypt and capture signals from broadcasters including Sky TV. 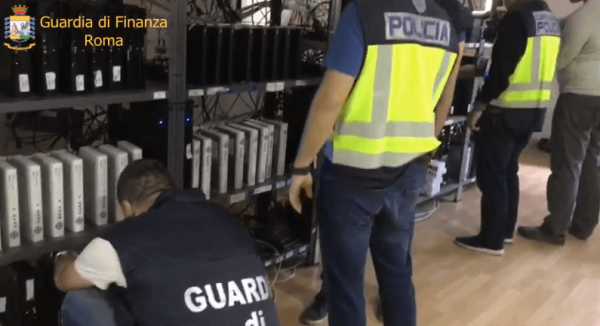 These signals were collected together to form a package of channels which were then transmitted via the Internet and sold to the public in the form of an IPTV subscription. Packages were reportedly priced between 15 and 20 euros per month.

It’s estimated that between the 49 individuals said to be involved in the operation, around one million euros was generated. All are suspected of copyright infringement and money laundering offenses. Of the five Italian citizens reported to be at the core of the operations, four were taken into custody and one placed under house arrest. 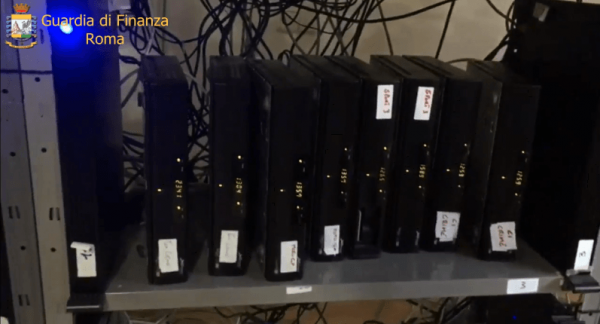 Players at all levels of the business are under investigation, from the sources who decrypted the signals to the sellers and re-sellers of the content to end users. Also under the microscope are people said to have laundered the operation’s money through credit cards and payment platforms.

The GdF describes the pirate IPTV operation in serious terms, noting that it aimed to set up a “parallel distribution company able to provide services that are entirely analogous to lawful companies, from checks on the feasibility of installing the service to maintaining adequate standards and technical assistance to customers.”