During the years to come 3D printing is expected to cause a small revolution, as people will be able to download and print pretty much everything imaginable.

While many manufacturers are skeptical about this threatening development, Porsche is cleverly using it for a promotional campaign, dispelling the MPAA’s famous “you wouldn’t download a car” mantra.

The car company is offering 3D blueprints for its Cayman S model, which can be downloaded for free through Porsche’s official site. This allows anyone to print a copy of the car in real size or as a miniature.

“A dream can only come true, if you give it a shape. Why not with your 3D printer? We offer you the Cayman S as 3D printing data. Feel free to get creative,” Porsche writes. “Create, print and colorize your personal Cayman S. We would love to see the results.” 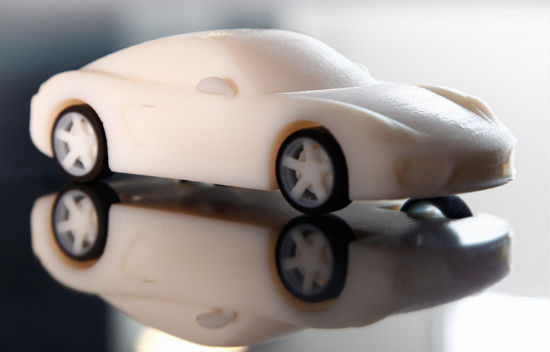 The blueprints are limited to the exterior of the car, but it’s a nice gesture nonetheless, and one that’s being well received by 3D print fanatics around the globe.

On Twitter several people are showing off their own versions of the car using the hashtag 3DCayman. Shown below is an overview of the most recent creations of cars printed in various sizes and colors. 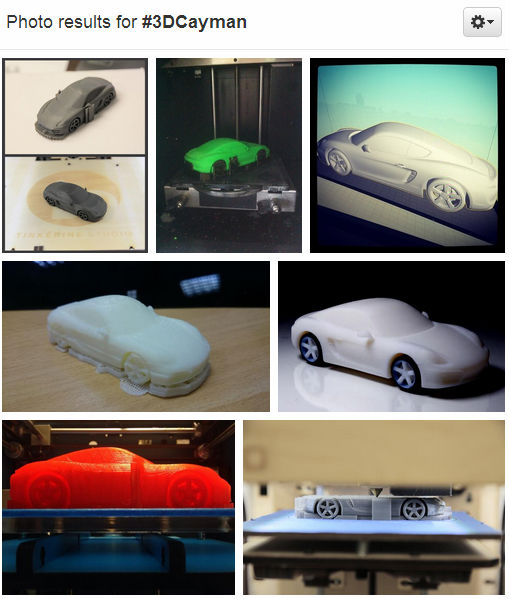 Whether Porsche’s move has been inspired by the iconic anti-piracy PSA will remain unknown. However, it is clear that the people at the Motion Picture Association are not the most visionary out there.

Interestingly, Hollywood has also recently come to the realization that allowing people to download something for free can actually be a good thing.

Last week Microsoft and Warner Bros. teamed up to release a 3D blueprint of the “Key to Erebor” for the movie premiere of The Hobbit: The Desolation of Smaug. Typically, however, these blueprints were not offered without a bunch of unnecessary restrictions.