Football is the number one sport in the UK and every week, millions of passionate fans cheer on their favorite Premier League teams.

This passion comes at a price. Many top-tier games are not broadcast live to encourage stadium visits. To watch the limited matches that are available, fans have to spend roughly £100 per month on a subscription.

It’s clear that football is big business; too big for some fans. Due to the high costs, pirate live streaming sites and services enjoy great popularity in the UK, with HesGoal.com the most visited streaming portal of them all.

HesGoal was founded a little over a decade ago. Since then, it has steadily expanded its user base around the globe, exceeding over 40 million monthly visitors according to SimilarWeb. It is particularly popular in the UK, which is credited with more than a quarter of all traffic. 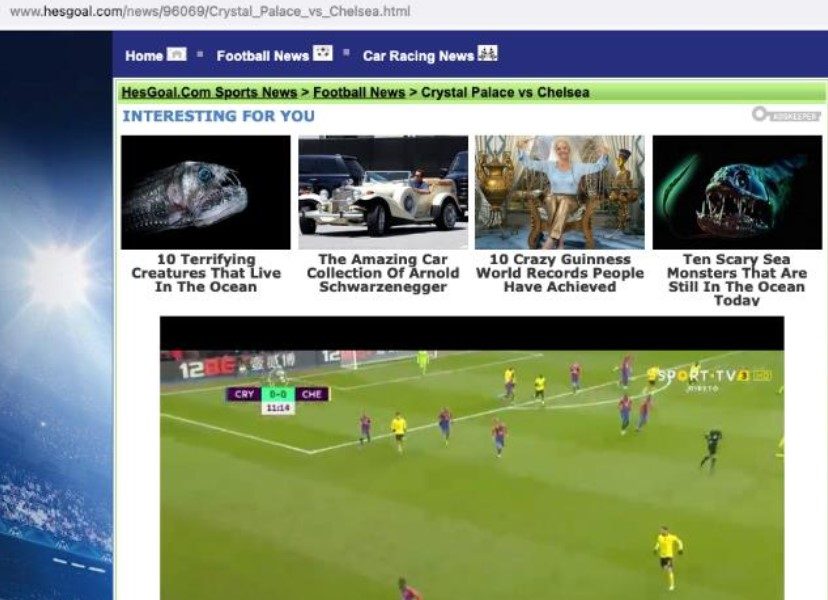 Thus far the site has operated relatively unhindered but the Premier League hopes to change this position. The English football organization went to court in the US this week, hoping to discover the identities of HesGoal’s operators.

The legal request isn’t targeted at the streaming site directly. Instead, the Premier League requests a DMCA subpoena to compel the site’s CDN provider Cloudflare to hand over all information they have on the operators.

Among other things, the Premier League is asking for information that can identify people connected to the site. This includes names, addresses, telephone numbers, and email addresses. While not mentioned, Cloudflare is also known to hand over payment details. 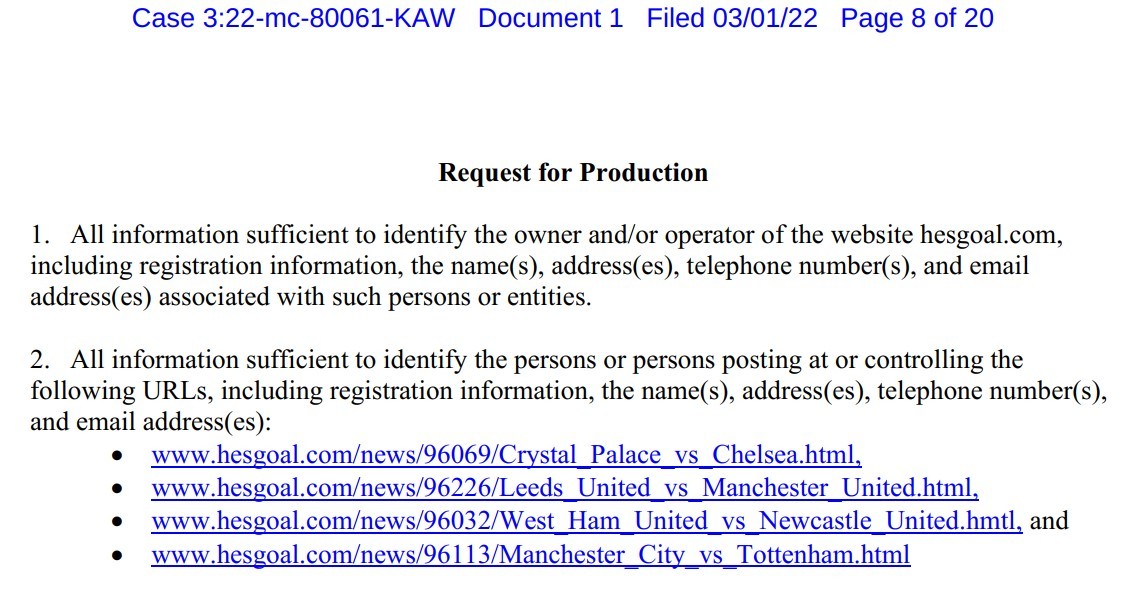 These DMCA subpoenas are typically granted by a court clerk, without any pushback from Cloudflare. The subpoena doesn’t require a separate order from a judge. At the time of writing, however, it’s yet to be granted.

Cloudflare (and Pirates) Know the Drill

This is certainly not the first DMCA subpoena Cloudflare is facing. As we covered previously, the American company processed 45 DMCA subpoenas during the first half of last year that targeted more than 35,000 domain names.

Even if the Premier League’s request is granted the question of how useful the information Cloudflare holds remains. By now, many pirate sites are aware of these subpoenas, so it’s possible that they may have taken measures to shield the true operators from being exposed.

A copy of the subpoena request, submitted by the Premier League at a federal court in California, is available here (pdf).