Radiohead to Testify Against the RIAA

Last month, Radiohead expressed its growing discomfort with record labels that abuse copyrights for their own benefit. In an attempt to take a stand against the labels, the band and several other well known artists formed the Featured Artists Coalition, a lobby group that aims to end the extortion-like practices of record labels and allow artists to gain more control over their own work.

In addition, the artists are unhappy with the fact that the labels, represented by lobby groups such as the RIAA and IFPI, are pushing for anti-piracy legislation without consulting the artists they claim to represent. Fans are unnecessarily portrayed as criminals according to some.

Now, in the case of Boston University student Joel Tenenbaum versus the RIAA, Radiohead has indicated that they will testify against the RIAA. Tenenbaum’s troubles started in 2003 when he rejected an offer to settle with the RIAA for $500. After a few more settlement attempts and legal quibbles, the case eventually went to court.

In court Joel is assisted by ‘hippy head‘ Professor Charles Nesson, and his law students. TorrentFreak contacted Tenenbaum’s legal team, who confirmed that they indeed spoke to Radiohead. “We met with Radiohead’s manager two weeks ago here at Harvard Law School. Professor Nesson walked away with the impression that their manager agreed to do so,” we were told.

Unlike the RIAA, Radiohead loves file-sharing 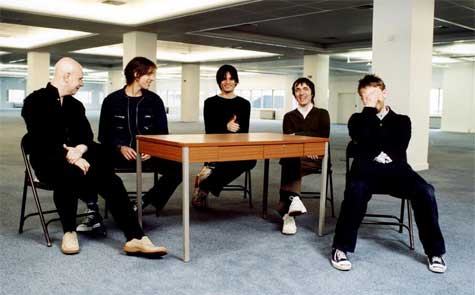 Despite the criticism of Professor Charles Nesson’s work ethics and handling on the case thus far, it would be good to see well respected musicians such as Radiohead testify in favor of an accused file-sharer. Most of the time we don’t hear from the artists directly, only from their representatives, so their views are very welcome.

Recently, the effects of ‘illegal’ file-sharing on music sales were discussed during the Pirate Bay trial. Here, Professor and media researcher Roger Wallis told the court that his research has shown that there is no relationship between the decline of album sales and file-sharing. After his testimony, Wallis’ wife was overwhelmed with flowers as the public warmed to her husband and the opinion he expressed in court.

We can’t rule out the possibility that Radiohead might be after some floral tributes of its own, but even more than that they’d love to put one in the eye of the money obsessed record labels.