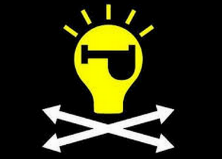 In Western countries piracy is often seen as a leisure tool, granting people unauthorized access to the latest hits and Hollywood blockbusters.

However, there are also parts of the world where piracy is frequently used as a means to gather and spread knowledge. In parts of Africa, for example, where legal access to educational books and software is often restricted or unavailable.

Over the years we have seen various illustrations of the educational importance of piracy in developing countries. When the e-book portal Library.nu was shut down, for instance, we were contacted by a United Nations worker in Kenya, who voiced his disappointment.

“I am very concerned about the recent injunction against library.nu. The site was particularly useful for people like me working in Nairobi, a city that has no more than four bookshops with nothing but bestsellers,” the UN worker informed TF at the time.

In an effort to determine how piracy affects literacy and the spread of knowledge, the African Governance and Development Institute conducted an in-depth study comparing piracy and human development data from 11 African countries.

The findings, presented in a paper titled “The Impact of Software Piracy on Inclusive Human Development: Evidence from Africa” show that “software piracy increases literacy”.

“Adoption of tight IPRs regimes may negatively affect human development by diminishing the literacy rate and restricting diffusion of knowledge,” the authors write.

Not all copyright protection measures have a negative effect though, and the researchers found that is negatively linked to the human development index.

“Adherence to international IPRs protection treaties (laws) may not impede per capita economic prosperity and could improve life-expectancy,” the paper reads.

The paper reports mostly correlational data so it’s not unthinkable that countries where human development is higher have less need to pirate, as there are better alternatives.

The reverse effect could also apply to the literacy findings but according to the researchers this is unlikely. Researcher Simplice Asongu informed TF that his previous work showed a causal effect from piracy on scientific publications.

“I tested the impact of piracy on scientific publications and established a positive causality flowing from the former to the latter,” Asongu says.

From that research, it was concluded that African countries with less copyright restrictions on software will substantially boost the spread of knowledge through scientific and technical publications.

The findings reported here are limited to the effect of software piracy, but it’s not hard to see how book piracy may also positively influence literacy and the spread of knowledge.

In sum, the research suggests that piracy does have its positive sides, especially in terms of human development. Still, it seems unlikely that rightsholders will take that into account when lobbying for new policy changes.