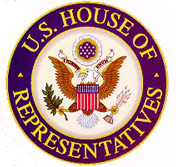 With the new election season hotting up in the United States, and scuffles between states for presidential primaries, you do end up wondering about the election process. With Representatives having to be re-elected every two years, it is vital for them to be seen to be doing something, no matter how effective, or necessary the action is.

With seventeen months still to go until election time, (and the previous election only 7 months ago) some congressional candidates are already accepting contributions for their November 2008 campaign run from so called “political action committees” (PAC). In this article we’ll be looking at two of them; RIAA’s “Recording Industry Of America Inc. Political Action Committee” and MPAA’s “Motion Picture Association of America Political Action Committee”.

With the newest hearings on June 5, more and more congressional committees and subcommittees are looking into what is being termed ‘campus piracy‘. As well as the Committee on Science and Technology, the House Judiciary Committee has also taken an interest, sending letters to a number of universities in early May, asking what steps they were taking to curb file sharing. The list of universities was obtained from the RIAA and consists of their more frequent targets.

At the hearing on Tuesday, Bart Gordon, a democratic representative from Tennessee, and Science and Technology committee chairman, said, “Illegal file sharing isn’t just about royalty fees. It clogs campus networks and interferes with the educational and research mission of universities.” The chairman presumably doesn’t have any issue with college sports, where coaches at universities are often amongst the highest paid staff members, the most prolific, and can be some of the most powerful voices in a university. These collegiate teams are the main feeders for the big money professional sports leagues in the US. Many of the students in university on a sports scholarship, would find it difficult to meet minimum requirements for entry were it not for their athletic prowess. If anything, these preferential treatments of so-called sports stars “interferes”. The millions spent on scholarships for these students, and their general lack of academic contribution is the problem.

Coming back to contribution however, Bart Gordon can hardly comment, having taken $4,500 from the RIAA and MPAA PACs to fund his 2006 election campaign. Representative Tom Feeney, a Republican from Florida, suggests universities should have their congressional funding withheld until the universities enforce copyrights on their networks effectively. Such statements will mean the RIAA/MPAA will not withhold funding from him , he’s already received $1,000 from the MPAA for his 2008 campaign in addition to another $1,000 from each PAC in 2006. The RIAA PAC publishes its contributions quarterly, and at the time of last reporting hadn’t contributed anything to anyone whilst the MPAA publishes monthly

Finally, who can forget Congresswoman Mary Bono (Republican, California)? Wife of deceased congressman and performer Sonny Bono, she is well know for her extremist views on copyright (unsurprising, since she undoubtedly receives royalties from her late husbands work) even to the point of stating, “Sonny [Bono] wanted the term of copyright protection to last forever. I am informed by staff that such a change would violate the Constitution. I invite all of you to work with me to strengthen our copyright laws in all of the ways available to us. As you know, there is also Jack Valenti’s proposal for a term to last forever less one day. Perhaps the Committee may look at that next Congress.” when commenting upon the Sonny Bono Copyright Term Extension Act. She received the $4,000 from the RIAA, and the unusual amount of $2,211 from the MPAA, in 2006.

What does this funding get you? Well, it seems that as well as making politicians sympathetic to your desires, it also means that they take, without evidence, any claims you care to make. A prime example is the hearing charter for “The Role of Technology in Reducing Illegal Filesharing: A University Perspective” where data from the much maligned LEK study (1, 2, 3, 4) was stated as fact, and claims for losses and download numbers were stated without any qualifiers at all; notably at the end of the first page, which says “In 2005, copyright-infringing file sharing in the U.S. cost the movie industry $500 million, an estimated 44% of which was due to college and university students.” An amazingly round figure, for something that by its very nature is not reported or recorded, stated as a definitive figure.

These figures may not seem huge, but it is never the entire story. Under US campaign finance laws, there are limits to how much a PAC can give to any candidate during an election cycle. There are far more hidden ways of contributing, be it on issue advertising, personal donations in the names of its staff and so on. It is certainly an interesting look at what makes American politicians tick. By contrast, in the UK, MP’s are not allowed to spend more than Â£15,000 (about $30,000) on their campaigns.

It’s not dirty money, it’s legal, but it does make you wonder. There are several committees looking at this problem. That’s dozens of congressional representatives, spending their working time working for organisations that often work in questionable methods, which have in the past openly voiced unconstitutional views, all to prop up a failing business model using data so flimsy, its source and methodology is NEVER revealed. These are supposedly representatives of the people, who seem to be only representing bullying lobby-groups which are striving to preserve outdated business models. These very politicians are also the very people expounding on democracy before cameras. Why not contact them, and let them know how you feel?

The full list of donations is available here [opendocument Spreadsheet]