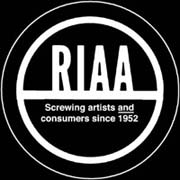 Covering the progress in the various RIAA cases has never been one of our top priorities here at TorrentFreak. The legalese and numerous cases seem to drag on forever, or end up in a settlement where the alleged ‘pirate’ pays the record labels a few thousand dollars.

Today’s coverage at both P2Pnet and Ray Beckerman’s blog, however, caught our eye. In what seems to be a classic David versus Goliath story, Shahanda Moursy from North Carolina has demanded a trial against three major record labels and the RIAA.

Also among the defendants is Mediasentry, the company that harvests IP-addresses of alleged copyright infringers. Previously, Mediasentry’s investigation tactics were deemed illegal in several states because it operated without the appropriate and required paperwork. This is one of the many offenses being used in the present claim.

Moursy is suing the RIAA and others for several offenses, but what really caught our eye is the description of the RIAA’s practices. According to the complaint the RIAA and record labels:

…[through] concerted efforts and cartels, control or attempt to control the channels of creation, distribution, and sale of musical works throughout the United States and the world. They are not artists, songwriters, or musicians. They did not write or record the songs. For a number of years, a group of large, multinational, multi-billion dollar record companies, including these [record labels], have been abusing the federal court judicial system for the purpose of waging a public relations and public threat campaign targeting digital file sharing activities.

To us, this indeed seems to be a fairly accurate description, but it’s only the start. As we’ve outlined before, the RIAA tends to target the weak, and aim for an early settlement of a few thousand dollars.

As part of this campaign of their sham litigation program, the [record labels] enhance the intimidation factor by actually filing suit in a number of instances with no prior warning. These suits are designed to attract media attention, and often do, as stories emerge of [record labels’] suits against the elderly, disabled, technologically clueless, and other vulnerable victims. Many of these victims have no idea how to operate a computer, let alone how to install and use peer-to-peer networking software to exchange music they would not likely be listening to anyway. But actual innocence is rarely a consideration to the [record labels].

And on top of that..

[The record labels’] litigation campaign, its preceding demands, and illegal investigations, are part of a concerted pattern of sham litigation. The [record labels’] true purpose is not to obtain the relief claimed in its sham litigation, but to intimidate, harass, and oppress the defendant targets and other users of computer networks.

To many, this will all sound very familiar and it’s good to see Mrs. Moursy’s legal representatives describing the tactics of these outfits so vividly. Over the years, tens of thousands have been harassed and threatened because they allegedly downloaded music illegally, exclusively based on shoddy evidence. Justice is calling.