With millions of visitors per month the MP3 download site has been one of the prime sources of pirated music for a long time.

Despite facing a claim of millions of dollars in damages the owners of MP3Skull failed to respond in court. This prompted the RIAA to file for a default judgment, describing MP3Skull as a notorious pirate site that promotes copyright infringement on a commercial scale.

Listing 148 music tracks as evidence, the companies asked for the maximum $150,000 in statutory damages for each, bringing the total to more than $22 million. After careful deliberation this request has now been granted by U.S. District Judge Marcia Cooke.

“Plaintiffs are awarded statutory damages from Defendants in the amount of $22,200,000, for which let execution issue,” Judge Cooke writes in her order (pdf).

In addition, the Judge has issued a permanent injunction preventing the site’s operators from engaging in copyright-infringing activity in the future.

On paper the case is another big win for the RIAA, who defeated a Grooveshark clone in a similar fashion last year. Whether it will do much to stop the infringements has yet to be seen though.

After the lawsuit was filed MP3Skull hopped from domain to domain and currently it’s still online, operating from mp3skull.yoga without any noticeable changes. 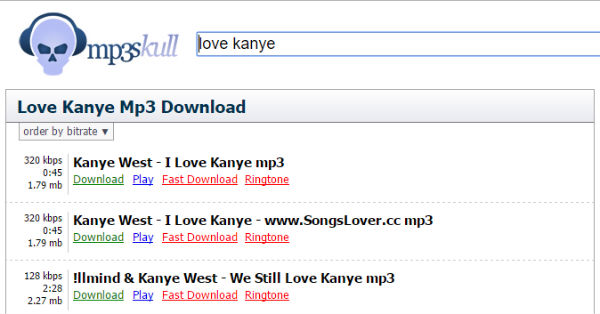 To stop future abuse the RIAA was granted a permanent injunction which allows it to seize control of other MP3Skull domains, or compel the associated registry to sign them over.

“Defendants shall immediately transfer the MP3Skull Domains to Plaintiffs’ control,” the injunction reads, adding that the domain registry should step in if the operators fail to comply.

The permanent injunction lists various domain names but not the one with MP3Skull’s latest “yoga” TLD.

This is likely to trigger a cat and mouse game, with MP3Skull switching domains, hoping to evade the reach of the U.S. court order, until one of the parties decides to throw in the towel.