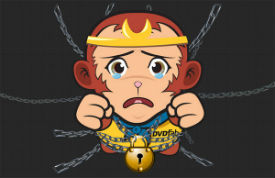 SlySoft was a company that gained a reputation for producing software designed to circumvent copyright protection mechanisms. Among them was AnyDVD, a device driver for Windows which allowed users to decrypt DVDs and Blu-ray discs on the fly.

Under pressure from AACS LA, a decryption licensing outfit founded by a group of powerful Hollywood movie studios and various technology partners, SlySoft first went dark and then announced its closure this week.

And now, in the space of just a couple of days, another DVD/Blu-ray copying software company also appears to be feeling the heat.

Like SlySoft, China-based Fengtao Software has also been involved in a dispute with AACS LA and in 2014 was the subject of a preliminary injunction after a court found that DVDFab violates the DMCA’s anti-circumvention clause. In 2015 a federal court in New York extended the injunction, further pressuring the company.

Then yesterday, just a day after the closure of SlySoft, Fengtao dropped a bombshell of its own. In a press release sent to Myce the company announced that DVDFab will not be updated to crack the Advanced Access Content System encryption that will be present in the next generation of 4K UHD Blu-ray discs.

“The next version of AACS Copy Protection accompanying those newly released Ultra HD Blu-ray titles is the version 2.0 of Advanced Access Content System. According to a document called AACS 2.0 Draft, the new copy protection requires the Ultra HD Blu-ray players to support two AACS 2.0 functionalities, one named ‘basic’ and the other referred as ‘enhanced’,” the company said in a statement.

“Fengtao Software Inc. makes it clear that the company will not decrypt or circumvent AACS 2.0 in the days to come. This is in accordance with AACS-LA, (which has not made public the specifications for AACS 2.0), the BDA and the movie studios.”

Noting that the debate over copying commercial movie discs for home use has “raged on for decades”, Fengtao says that the practice of decrypting copy protection technology has done so too and is not likely to stop in the foreseeable future. Even the fact that AACS 2.0 requires an Internet connection for Ultra HD Blu-ray discs to be played back for the first time is unlikely to stop the problem.

“Now here comes the question: will there be a solution to crack AACS 2.0? Likely, there will be, publicly or secretly,” the company says. Nevertheless, Fengtao insists that it won’t be behind the effort.

The company won’t be shutting down though. Fengtao says that it will concentrate its development efforts on DVDFab and its support for editing 4K/UHD content.