Italy is no stranger to censoring sites deemed offensive by the entertainment industries. In the summer of 2008 The Pirate Bay was blocked nationwide following a court order, a decision the site successfully appealed at the The Court of Bergamo.

That victory was short-lived. The Supreme Court subsequently decided that sites such as The Pirate Bay can indeed be blocked on the basis they are engaging in illegal behavior. This decision opened up fresh action against another torrent site, BTjunkie. The public prosecutor described BTJunkie as one of the most prominent havens for pirated media and in April a court ordered all Italian ISPs to block the site.

But of course, legal action takes time and as was shown in the first ruling against The Pirate Bay, sometimes a positive outcome for copyright holders can transform into periods of concern. To avoid such distractions in the future, the Italian government and its telecoms agency have a cunning plan.

Under recent government legislation telecommunications agency AGCOM is now required to adopt measures to deal with sites and content deemed illicit by the entertainment industries. AGCOM want to make that particular job as simple as possible by awarding themselves the most powerful tool available – the ability to remove content and block websites without a single court, judge or legal process getting in the way.

AGCOM will be able to take offending sites and content offline within 48 hours. Sites affected by the measures will have 5 days to lodge an appeal.

Tomorrow, July 6th, AGCOM will vote on the resolution which will grant the agency the controversial powers detailed above. It will do so in the face of intense opposition from many in the Internet community, who see the lack of judicial oversight as a sign that abuses of power and unwarranted censorship will follow. Among the dissenters is free software guru Richard Stallman.

“I believe that this an attempt by copyright owners to skip the legal system to attack sites and services that they consider a threat to their interests,” says Stallman in an interview with Italy’s Espresso. 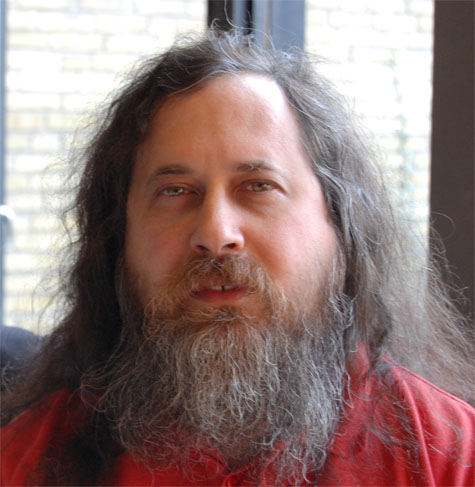 “The new system, directed by AGCOM rather than by a court with due process, will accelerate decisions against alleged illegal internet content: this is why the copyright industry wants it. But, being a short and quick way, it will probably trample the rights of users.”

Stallman goes on to state that dissenting voices have been wrongfully silenced in the past following spurious claims of copyright infringement, and that under AGCOM’s proposals collateral damage is inevitable.

“I do not think it is possible to avoid censorship against innocent sites. But even if it were possible, it would be wrong. Why would we hinder users who want to share content?”

But does Stallman believe the right to share trumps the rights of the entertainment industries?

“I reject the term ‘copyright protection’ associated with what the industry is doing now,” Stallman explains.

“Copyright should serve to protect the art and artists. The current system, however, is only in the interests of publishers and delivers only crumbs to almost all of the artists. I propose a system to fund artists directly, based on their popularity, with taxes to give fair compensation [such as from a blank media levy].”

Various campaigns are underway to protest AGCOM’s proposals. The activists of Anonymous are taking the usual direct action by way of ‘Operation Italian Internet Freedom’ and a DDoS on the currently unavailable AGCOM website.

Shareaza Stands Up To Scammers: “We’re fighting back!”