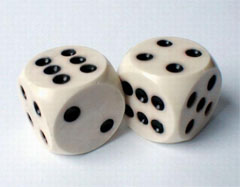 Blocking alleged pirate sites is usually a question of proving that they’re involved in infringement and then applying to the courts for an injunction.

In Europe, the process is becoming easier, largely thanks to an EU ruling that permits blocking on copyright grounds.

As reported over the past several years, Russia is taking its blocking processes very seriously. Copyright holders can now have sites blocked in just a few days, if they can show their operators as being unresponsive to takedown demands.

This week, however, Russian authorities have again shown that copyright infringement doesn’t have to be the only Achilles’ heel of pirate sites.

Back in 2006, online gambling was completely banned in Russia. Three years later in 2009, land-based gambling was also made illegal in all but four specified regions. Then, in 2012, the Russian Supreme Court ruled that ISPs must block access to gambling sites, something they had previously refused to do.

That same year, telecoms watchdog Rozcomnadzor began publishing a list of banned domains and within those appeared some of the biggest names in gambling. Many shut down access to customers located in Russia but others did not. In response, Rozcomnadzor also began targeting sites that simply offered information on gambling.

Fast forward more than six years and Russia is still taking a hard line against gambling operators. However, it now finds itself in a position where the existence of gambling material can also assist the state in its quest to take down pirate sites.

Following a complaint from the Federal Tax Service of Russia, Rozcomnadzor has again added a large number of ‘pirate’ sites to the country’s official blocklist after they advertised gambling-related products and services.

“Rozkomnadzor, at the request of the Federal Tax Service of Russia, added more than 250 pirate online cinemas and torrent trackers to the unified register of banned information, which hosted illegal advertising of online casinos and bookmakers,” the telecoms watchdog reported.

Almost immediately, 200 of the sites were blocked by local ISPs since they failed to remove the advertising when told to do so. For the remaining 50 sites, breathing space is still available. Their bans can be suspended if the offending ads are removed within a timeframe specified by the authorities, which has not yet run out.

“Information on a significant number of pirate resources with illegal advertising was received by Rozcomnadzor from citizens and organizations through a hotline that operates on the site of the Unified Register of Prohibited Information, all of which were sent to the Federal Tax Service for making decisions on restricting access,” the watchdog revealed.

Links between pirate sites and gambling companies have traditionally been close over the years, with advertising for many top-tier brands appearing on portals large and small. However, in recent times the prevalence of gambling ads has diminished, in part due to campaigns conducted in the United States, Europe, and the UK.

For pirate site operators in Russia, the decision to carry gambling ads now comes with the added risk of being blocked. Only time will tell whether any reduction in traffic is considered serious enough to warrant a gambling boycott of their own.