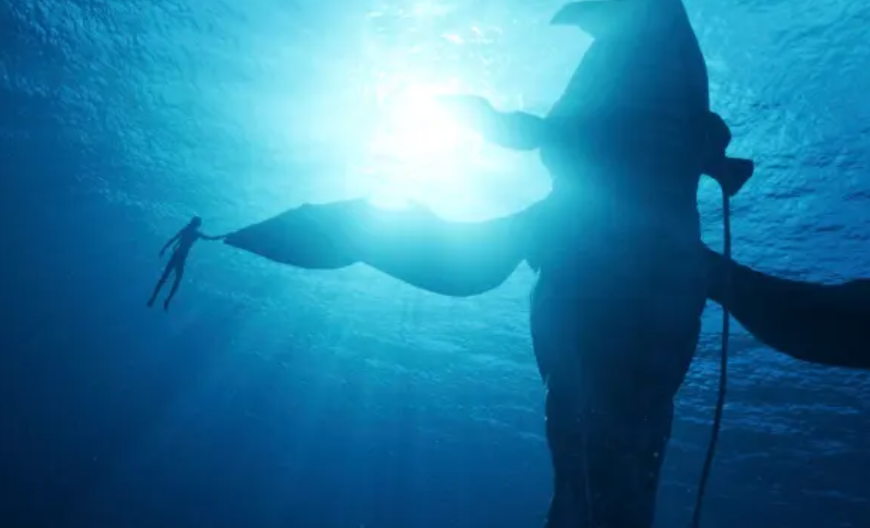 With its invasion of Ukraine, Russia ignited a regional conflict with global repercussions. Thousands of lives have been lost and many more ruined.

In response, many U.S. entertainment industry companies took a stand by ceasing their Russian operations.

Since Russia is a relatively small source of revenue, the damage is mostly contained for the major Hollywood studios. For the Russian cinema industry, the effect of sanctions is devastating. In fact, Russia’s Association of Cinema Owners warned that the entire industry could collapse.

In response to the restrictions, several theaters had to get creative to keep visitors coming through the door. This includes the use of pirated films, with some converted to Digital Cinema Packages (DCP) so they can be displayed on the big screen.

Many of these DCP releases come with Russian dubbing. Interestingly, our previous research suggests that these packages are sometimes shared between cinema locations using unlisted torrents.

For the movie industry, pirate screenings are seen as a bare necessity to keep the lights on. And since there are no legal options available, Alexei Voronkov of the Russian Association of Cinema Owners understands this move.

These piracy issues drifted from the headlines in more recent months, but with the release of this year’s blockbuster “Avatar: The Way of Water”, the topic is hot once again.

Russian cinema owners recently promised that, one way or another, the movie would be screened locally. Even decent-quality CAM rips were being considered in the absence of better-quality options.

A recent “Avatar: The Way of Water” CAM

This promise was indeed kept as several cinemas began showing “Avatar: The Way of Water” to the public a few days ago. Interestingly, the theaters didn’t have to rely on low-quality pirate releases either.

Independent Russian news outlet Meduza reports that several movie theaters managed to get their hands on high-quality DCP copies. These are reportedly sourced from “friendly” countries such as Kazakhstan, and come complete with Russian dubbing.

Unauthorized screenings are taking place in cities including St. Petersburg, Yekaterinburg, and Krasnoyarsk. How these theaters receive their DCP copies is unknown, but unlisted torrent transfers could be involved.

Not all movie theater chains are taking part in these illegal screenings. The Movie Distributor’s Bulletin reports that the major chains have reached a private agreement to keep Avatar 2 out of theaters until January 13. This “gentlemen’s agreement” was reached because there is already a healthy stream of visitors around New Year.

“In this way, cinemas show that they are responsible for the Russian film business. We all ended up in the same boat, and if we don’t help each other in this situation, then further coexistence within the industry will be difficult,” a source explained.

Not all cinemas are bound by the agreement but there are concerns that openly advertising the screenings could have legal ramifications. This has resulted in some interesting workarounds, such as showing Avatar 2 as a free preview to a 17-minute Russian film “I See”.

“Free pre-session service ‘Avatar: The Way of Water’ – duration 3 hours 12 minutes. The break between the pre-screening service and the film is 1 minute. The film ‘I See’ – duration – 17 minutes,” one movie theater states (translated) on its booking page. 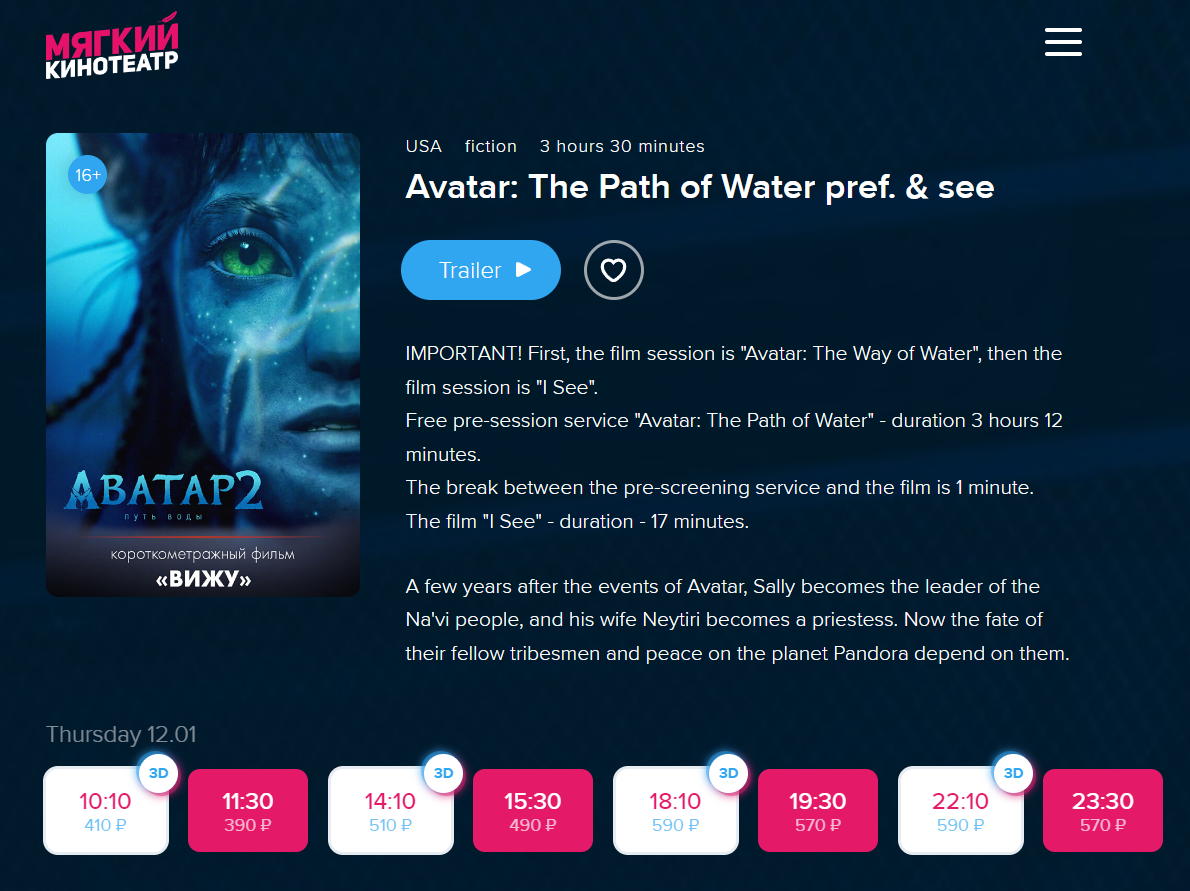 Interestingly, movie theaters that use pirated content to stay in business, also have piracy as their main competitor. A few hours ago a relatively high-quality Telesync copy of Avatar 2 made its way onto various pirate sites, which might tempt some Russians to stay at home.

The Association of Cinema Owners is well aware of the difficult situation and has lobbied the Government for relief. This may now be on the horizon in the form of a newly proposed law that would allow Russian theaters to show unlicensed movies, without fear of legal repercussions.

However, with everything that’s going on in and around Russia in recent months, copyright infringement is unlikely to be the country’s main priority.