In June 2015, police and Trading Standards officers in the UK carried out raids on sellers of Android boxes configured to receive unauthorized content. One seller, operating from GeekyKit.com, told customers that his physical shops would be shutting down.

“As you may be aware we were visited yesterday by Sky [television] in conjunction with Trading Standards. Whilst we continue to investigate our position the stores will remain closed and support will remain suspended. Our sincere apologies for any inconvenience caused,” he explained.

Julian Allen was arrested after raids at ‘Geeky Kit’ premises in Billingham and Middlesbrough in the north of England. One of the locations is pictured below. 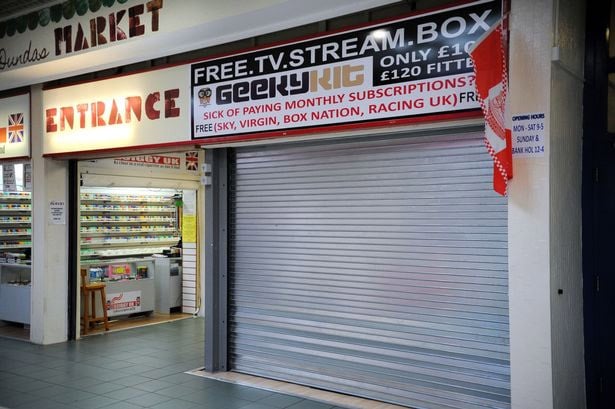 Despite the seriously incriminating storefront claims, Allen insisted that his businesses couldn’t be held responsible for copyrighted TV shows, movies and sports received by customers on boxes his company supplied.

“We do not control the content that is accessible on the internet via the product that we sell. We are currently working with Trading Standards to ensure that we can sell our products whilst adhering to UK copyright laws,” he said.

This January, Allen appeared before Teesside Crown Court charged with laundering £135,173, money said to have been generated via the sale of pre-loaded set-top boxes and premium packages over a 30-month period.

Allen was expected to appear for a week-long trial scheduled to start this Monday but that was scrapped after the 40-year-old pleaded guilty to using or acquiring criminal property.

According to Gazette Live, a proceeds of crime hearing has been scheduled for next year. In the meantime, Allen was granted unconditional bail until sentencing on October 20, where he faces a potential jail sentence.

“I don’t know what the sentence will be until all the matters are known,” the judge said.

Ever since a European Court of Justice ruling earlier this year that found that selling “fully-loaded” streaming boxes are illegal, people in a similar position to Allen have seen their cases take a turn for the worse.

One such case, involving Middlesbrough shopkeeper Brian Thompson, appears to be progressing under different legislation, however. Thompson stands accused of two offenses under section 296ZB of the Copyright, Designs and Patents Act, which deals with devices and services designed to circumvent technological measures.