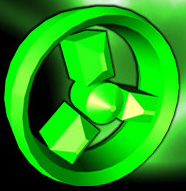 With an estimated 250,000 members and around 7 million page impressions a month, ShareReactor was one of the world’s most popular eD2K link sites. Similar in operation to sites that host .torrent files, eD2K (eDOnkey) link sites carry no copyright material and merely point to data hosted elsewhere. Despite this, the site received multiple legal threats every month.

The fact that the site didn’t host any copyrighted material didn’t stop the Swiss Anti-Piracy Federation (SAFE) – backed up by major movie studios – from complaining to the police. On March 10th 2004, the site was shut down by Swiss police, who seized all of the servers and detained the site owner, Christian Riesen, aka Simon Moon.

According to an earlier interview, Riesen was initially tricked into going to Police.

“They sent me a letter requesting my presence ‘regarding finances in general’ from the ‘fraud division’ of the police here,” he said. “Since I am self employed I thought someone made some accusation. So nothing bad in mind with my documents all in order, I went there. It wasn’t about the finances, it was all about ShareReactor.”

The police detained Riesen for around 9 hours while they quizzed him about the site. He explains: “[The police] Asked about ShareReactor. Asked me where money came in and where it went to. The whole thing lost steam pretty fast as they saw how big a loss ShareReactor produced every month, and how little money in total was flowing at all. SAFE told them something about 15.000 Euros income a month, while they told newspapers that is was 76.000 Euros.”

After the police questioning Riesen recalls: “At the end of the day, the investigation judge said ‘and now we go and raid your house’ and so we drove there.” Riesen said the police took a lot of stuff from his house: “two ShareReactor servers, my private machine, my girlfriend’s private machine and my folder with all bank files, although i gave them a copy of all my bank activities of the last 4 years already. Also all my backups went with them. At the end ShareReactor was down and I had none of my data left, personal and otherwise.”

In June 2004 the ShareReactor forum reappeared (minus the eD2K links) and in September 2006 the site made a full return, albeit under new ownership. However, the return was short-lived and just a month later the site closed again.

Now, some 4 years later, the District Court of Frauenfeld, Switzerland has decided that as the ShareReactor site was the main source of income for 28 years old Riesen (through on-site advertising and donations), he is guilty of ‘commercially’ assisting others to commit copyright infringement by ‘simplifying’ access to illegal content.

After 4 years of investigations the court decided that for running the world’s biggest eDonkey link site, Riesen – who now lives in Canada – should be fined 4,700 Swiss Francs – roughly $4,200.

Waste of money, anyone?