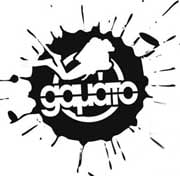 Although it wasn’t yet evident, December 2009 appeared to mark the beginning of an effort to shut down the Greek file-sharing scene. The Society for the Protection of Audiovisual Works (EPOE) conducted an investigation and moved in conjunction with the police to carry out the first action of its type against a file-sharing site in the country.

The 285,000 member Greek-Fun.com carried around 14,000 links to music, domestic and international movies, software and computers games. Around 5,500 of these are believed to have linked to material in the EPOE repertoire. As is usual with these cases, EPOE were quick to point to the financing of the site as an indication of criminal behavior. Like many sites, Greek-Fun offered benefits to users who donated to keep the site running although the admins denied profiteering.

In the end at least one administrator of the site, believed to be in his early 30’s, was arrested and several people were questioned with investigators linking site email addresses to Facebook accounts for evidence. EPOE said the site caused it 1.8m euros in damages.

As the bad news about Greek-Fun spread, Greece’s largest private tracker – the huge 898,000 member Gamato.info – also unexpectedly went down, officially due to “technical problems”. Whatever the reason, as can be seen by the graph below, the result was a massive drop in Greek Internet traffic. Gamato remained down for several weeks, only opening again during the first few days of February 2010.

Today, however, the site is down again, and the news is not good.

ELAS (Greek police) are engaged in an on-going operation to round up the administrators of the site. Already there are reports of 3 arrests in Athens (the capital and one of the world’s oldest cities) and 3 in Thessaloniki (Greece’s 2nd largest city). A soldier, a musician and a confectioner are among those arrested.

New information suggests that ELAS have alerted Interpol to arrest two further admins who are apparently reside outside the country. TorrentFreak has learned that they are located in The Netherlands and are being called “the brains” behind the site. The Gamato servers are also located there although it’s unclear at this stage if there is a connection.

“We host a lot of different sites and do not keep tabs on our clients as long as they comply with our Terms of Service, which includes confirming to the Dutch law,” Gamato’s host told TorrentFreak, adding: “As far as we and our legal counsel can see, this is the case with the site mentioned by you.”

It’s believed that police are looking for 11 individuals in total. Thus far, 27 hard drives, five laptops and more than 600 DVDs have been seized.

According to the police, file-sharing on Gamato was responsible for 80% of online piracy in Greece, with EPOE calculating its losses at the hands of the tracker at a staggering 1 billion euros.

Although Gamato was a private torrent site, it didn’t follow the usual format. It wasn’t “invite-only” – anyone could signup – and although sharing ratios were counted there were no punishments or rewards for the amounts shared. Furthermore, unlike Greek-Fun, Gamato did not accept donations from users.

The Society for the Protection of Audiovisual Works (EPOE) shot to fame in 2008 when virtually every site offering user-generated Greek subtitles (fansubs) for English language movies and TV shows became recipients of its legal threats. Within a very short time sites including greektvsubs.gr, subtitles.gr, greeksubs, subs4u.gr and apsubs.com had either closed down or removed all subtitles.