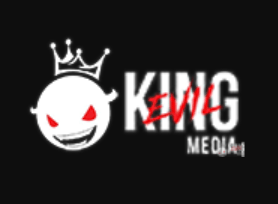 As reported last week, the pirate IPTV market is now big business, with US consumers alone now estimated to spend a cool one billion dollars a year on illicit streaming subscriptions.

But while large volumes of pirates are happy to spend around $10 per month to have otherwise premium channels delivered to their home at a fraction of market rates, others still prefer to pay nothing for the privilege.

For them, there are many free Android-based apps available for download and while they don’t always provide the most reliable experience, people have few complaints when considering the price.

One such app that’s been operating within the free niche for some time now is Evil King Media (EKM). While it doesn’t have a Netflix-quality interface, the live TV channels, VOD content, and music on offer have ensured its popularity and with that, the attention of rightsholders. 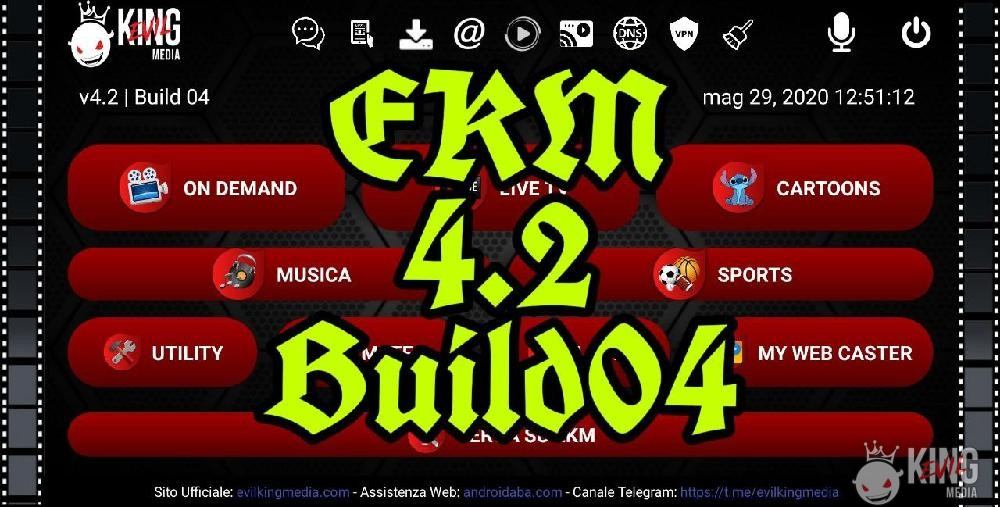 “We are writing in the name and on behalf of Sky Italia S.r.l., the exclusive owner of distribution and exploitation rights of the Sky Italia channels,” the notice begins.

Demanding the removal of four APKs, each representing a variant of EKM, the notice targeted EKM 4.2 builds 1,2,3, and 4. Github complied with the requests by deleting the files and also removing the repository.

Despite the Github takedown, Evil King Media has its own website, from where people were able to download the software. However, when checking the threads where the app is detailed, there are now several notes in the comment section from an admin called ‘Evil’.

People should forget the software moving forward, he writes, because “THE APP WILL NOT BE UPDATED ANY MORE! Uninstall it !!!”

The multiple “delete” comments were posted before the removal of the software from Github so at this point it’s unclear whether the apparent discontinuation of EKM and the Sky DMCA takedown notice are connected. However, according to Google’s Transparency Report, Sky’s interest in taking EKM down pre-dates the apparent halt in its development.

On June 22, 2020, for example, Sky sent a complaint to Google targeting the EvilKingMedia.com domain (copy here, courtesy of Lumen Database), demanding the deindexing of several pages linked to the EKM app. 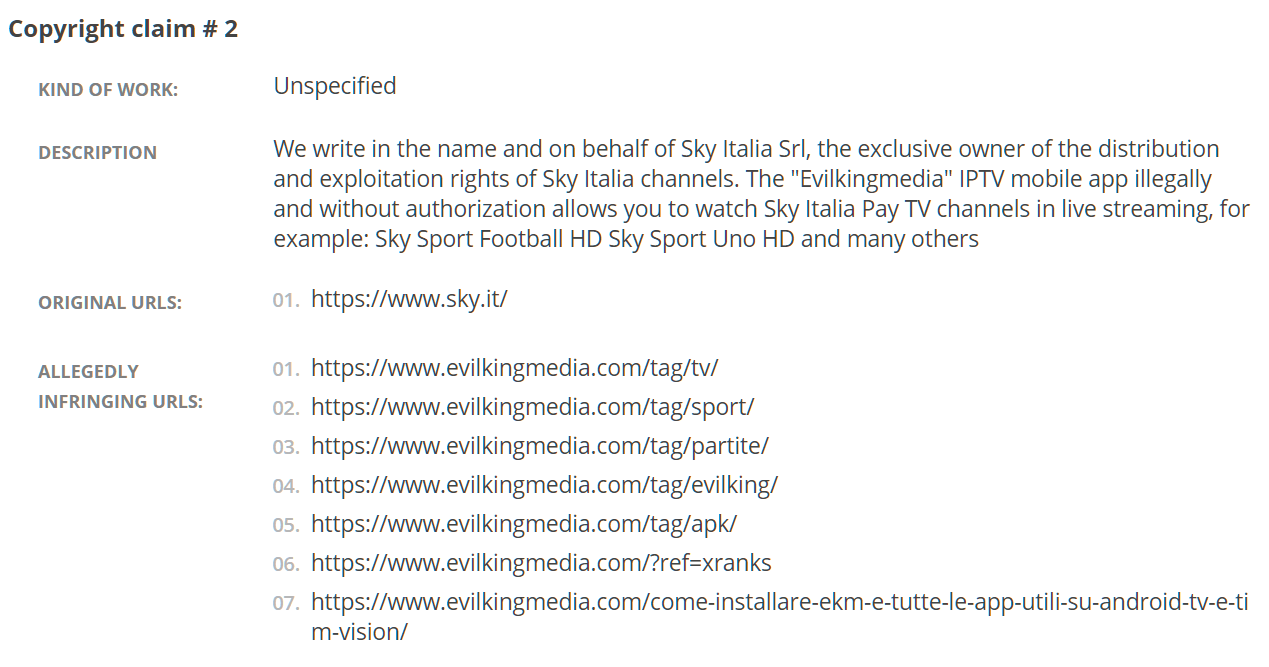 However, there are many more complaints filed by Sky and its anti-piracy partner, some of them during this year but a handful dating back to 2019, each citing copyright issues with the Evil King Media site and particularly the EKM app. In almost 96.6% of cases, Google responded by delisting the pages in question.

TorrentFreak reached out to the operator of Evil King Media to find out more about the complaints and the discontinuation of the EKM software but at the time of publication, we were yet to hear back.