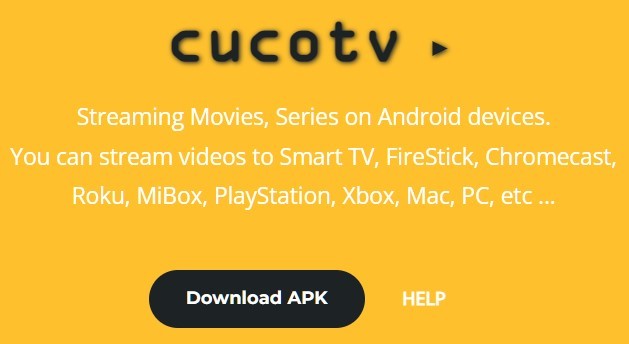 With 70 million users and over 200 million code repositories, GitHub is the largest online developer platform of its kind.

The site is used by individual coders and large organizations to host visually any piece of code imaginable. In addition, GitHub pages can also be used as a hosting service for websites.

While most projects are perfectly legitimate, there are some that attract negative attention. Every week, GitHub receives dozens of takedown notices from copyright holders who claim that their content is published or linked to without permission.

These complaints often refer to code or files that are hosted in a GitHub repository. In some cases, the targeted projects also have their own GitHub page, using a dedicated Github.io subdomain.

The latter also applies to the IPTV streaming app CucoTV, which has become the go-to tool for many people who want to watch movies and TV shows without paying a subscription. The Internet is littered with guides and how-tos explaining how to get it up and running.

In theory, the application may have legal uses but that’s probably not how most people use it. In fact, the CucoTV Twitter account doesn’t beat around the bush and highlights the app’s piracy capabilities out in the open. 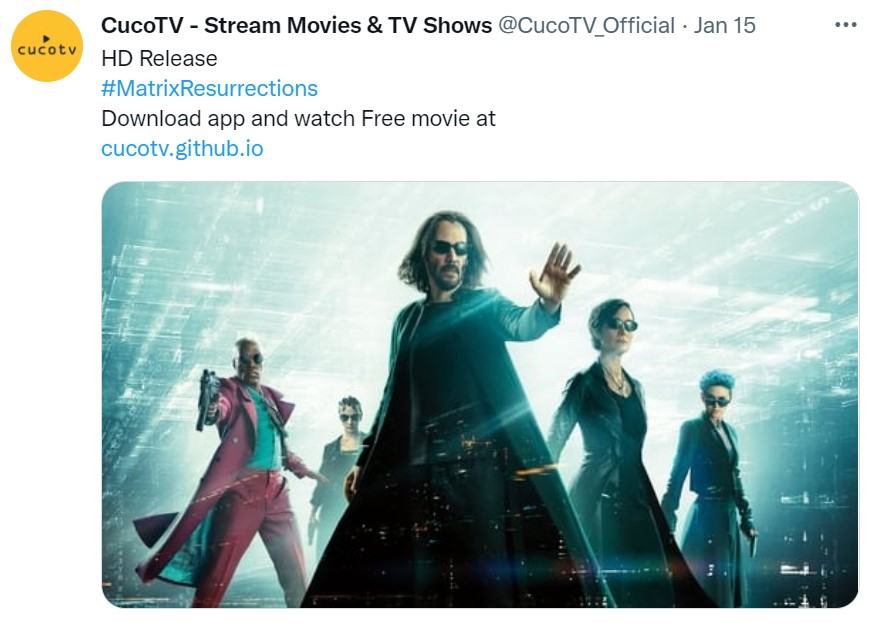 As shown above, the CucoTV website is hosted on a GitHub page, and the official repository is on GitHub as well. This prompted UK media giant Sky to step in. With help from its anti-piracy partner Kopjra, Sky asked the developer platform to remove the site and the ‘infringing’ APK.

“We are writing in the name and on behalf of Sky UK Limited, the exclusive owner of distribution and exploitation rights of the Sky UK channels. This IPTV App (CucoTV) includes illegal and unauthorized Pay Tv Sky UK tv series: Gomorra,” the notice reads.

The notice continues by explaining how the application can be used to access copyright-infringing material. To stop this activity, Github was asked to remove the cucotv.github.io page and an APK file, hosted in the cucotvapk.github.io repository.

Thus far, the results of this takedown effort are mixed. When we checked this morning, the APK file is indeed inaccessible, replaced by a DMCA takedown placeholder. However, the main cucotv.github.io remains online.

In fact, the CucoTV website still appears to be fully functional, and the APK file can still be downloaded.

At this point, we don’t know why GitHub hasn’t taken action against the CucoTV site. The associated repository is still online, for now, as is the APK file that’s hosted there. That repo is linked to another user than the one Sky targeted, which may be part of the explanation.

Interestingly, this isn’t the first time that Sky has tried to get the site taken down. The Italian branch of the company sent similar takedowns last May and June, without the desired effect. Perhaps they’ll make another attempt in the near future.