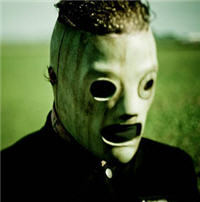 Slipknot vocalist and frontman Corey Taylor has launched an attack on recording labels, saying that instead of spending their time chasing downloaders, they should use their resources to find bands that produce better music.

Taylor told Kerrang: “Why would you blame (people who download music)? Half the f**king albums that are out there are s**t. I don’t download, but at the same time, I don’t buy new music ’cause it all sucks. Okay, there’s a handful of bands that I buy, but other than that, I just buy old s**t because old s**t is good. Sorry!”

Taylor, who recently collected a Kerrang award on behalf of the band saying “I just showed up for the booze,” says that it’s not fair to blame the fall in album sales on file-sharers, and lays the blame squarely on the shoulders of the labels:

Of course, lots of people blame the labels for piracy but Taylor believes they aren’t doing their job properly since they promote acts which aren’t up to standard, resulting in people feeling the acts simply aren’t worth the money.

“I think it’s the quality of the product. If record companies would stop giving any f**king mook (idiot) on the street with a fringe a record deal or their own record label, maybe you would sell more f**king albums, dips**ts.”