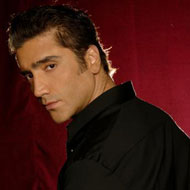 Alejandro Fernández or “El Potrillo” is one of Latin America’s most successful singers. He has produced a few dozen hits and won two Latin Grammy’s.

Fernández had a deal with Sony Music to record seven albums. The deal ended last year after which he signed with Universal Music, but that didn’t stop Sony from using his music, photos and videos – quite the contrary.

Even without a contract, Sony decided to release a new album with previously unreleased Fernández material without the singer’s permission. Upset by this move, Fernández’s lawyer sent a cease and desist to the label, but heard nothing.

As a result of Sony’s inaction Fernández’s lawyer saw no other option than to call in the police. To prevent more damage from the ‘pirating’ label, Mexico City Police raided the label’s office and collected over 6,000 of the new CDs, master recording and the album art.

“Sony assumed that they could take tracks that weren’t part of previous albums and release them as an eighth album, as if it were new material, over which they had rights,” Jose Luis Caballero, Fernández’s lawyer said. “It’s perfectly clear that the company’s contract is limited to seven albums.”

Sony Music denies the allegations and insists they are authorized to use the recordings even though Fernández’s contract has ended. They hope that the Mexican court will be on their side.