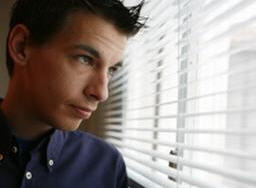 Born in Spain in 1979, Pablo Soto has been in the computer business since he was 16 years old and has a string of successful projects under his belt. These include the Manolito/MP2P protocol and client, and the Blubster and Piolet file-sharing applications. It’s estimated that combined, these three pieces of software have been downloaded more than 20 million times.

Just under a year ago in June 2008, Warner Music, Universal Music, EMI and Sony under the umbrella of PROMUSICAE (Productores de Música de España) – Spain’s answer to the RIAA – filed a lawsuit against Pablo’s company, MP2P Technologies.

The group didn’t care how they got their ‘evidence’ against Pablo either. The record companies even hired a private detective who turned up at Pablo’s offices pretending to be a customer. Using a hidden camera, the detective took photographs, which can be seen in various pages in the complaint against Pablo’s company.

Demanding a massive 13 million euros ($17.8m) from the Spaniard, they claim that his software – which allows people to share files over the Internet – has caused them to lose a substantial amount of earnings. Pablo has never denied that he created the applications for commercial purposes and that he made some money from them. However, Pablo denies any destructive intentions against the music industry.

For their part, the record companies claim that Pablo designed the software with the express intent of providing a platform for Internet users to download and share music for free, a situation they describe as “unfair competition.” Pablo is also accused of creating these applications to profit from work to which the plaintiffs own the copyright.

But of course, since the case is taking place in Spain, there are some other interesting issues being thrown into the mix. Spanish courts have ruled again and again that no crime is committed if people download music for personal use and no profit is directly generated from any infringement. Additionally, Spaniards already pay special taxes on things like CDs, DVDs, memory cards and mobile phones to compensate the music industry for supposed losses.

But the almost undoubted legality of sharing files in Spain goes even further. In all cases presented so far, the courts have ruled that even BitTorrent and eDonkey-type sites are legal, if operated within the aforementioned parameters.

Furthermore, as pointed out by his legal team consisting of P2P and copyright experts Javier de la Cueva and David Bravo, Pablo merely created software and at no time has he ever had control over what users choose to do with it.

“This claim is illogical and goes against every principle of law. If every time someone builds something he has to ensure that any illegal use of it is impossible, we would all still be living in caves,” said Pablo. “You can not block a tool because of the use that someone might make of it. We designed a ‘tool’ for transferring files as efficiently as possible, full stop,” he added.

The case began in Madrid’s Superior Court on Tuesday and will continue today. So far Pablo says that although he is no lawyer, “Things are looking good,” despite a courtroom mishap. Unfortunately for Pablo, his iPhone received an unexpected incoming call. “My geek ultra edition R2D2 tone began to sound at full volume, and due to my nerves I dropped the mobile on the floor. This left the room clear that (a) I’m freaky and (b) I am clumsy,” he said.

Pablo also notes that he was touched when Marti Lafferty, chairman of the Distributed Computing Industry Association (DCIA) flew all the way from Washington to testify in the case. He told the judge that “Spain should be proud of Pablo.”

A decision is expected within a month, but it is entirely possible that the case will end up in Spain’s Supreme Court and could take many years to reach a final conclusion.