The first two parts of the Steal This Film documentaries have been a great success. Both releases were downloaded an estimated 5 millions times each, and both films remain well seeded on BitTorrent up until today.

Later this year, the League of Noble Peers plans to release the third part in the series, covering the Pirate Bay story from the day it was raided in 2006, right up to the trial currently taking place. Judging from the massive attention the trial is attracting, we have no doubt that the latest film in the series will be at least as popular as its predecessors.

Producer Jamie King told TorrentFreak that the trial edition, released just an hour ago, should be seen as part 2.5 – a trial for the ‘final cut’ so to speak. It includes some new material and shows how Peter Sunde (Brokep) and Fredrik Neij (TiAMO) prepared for the court case, together with a pretty funny reenactment of the police interrogations. 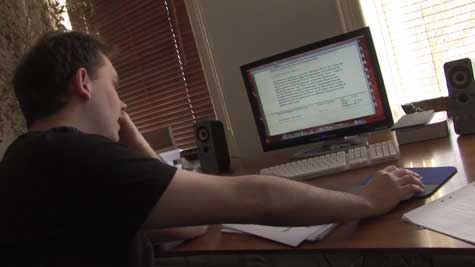 The League of Noble Peers is currently shooting at the spectrial in Stockholm for the ‘final cut’. In the days to come we will release some exclusive footage of the trial here on TorrentFreak.

As always, the Steal This Film project is backed by many members of the BitTorrent community. IsoHunt is currently seeding the film on a 50Mbit line, and Mininova is helping out as well. As the League of Noble Peers say, we’re all on trial today.