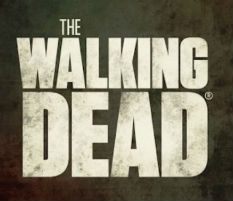 At the end of every year we take a look at the most-downloaded TV-episodes among torrenting pirates.

The list was headed by Game of Thrones for six years in a row, but this reign has now come to an end.

With no new GoT episodes in 2018, the title was up for grabs and The Walking Dead has seized this opportunity.

This doesn’t come as a complete surprise, as the AMC series was already the runner-up since 2014.

Episodes of The Walking Dead are downloaded millions of times. The show has a steady following and is currently in its ninth season. The series may continue for a few more years as the producers previously said that they have enough material to keep it alive for several more seasons.

Apart from the change at the top, there are a few small changes. Most of the entries in the top ten have been featured in the list at least once before in previous years. Titans is the best-ranked newcomer in fifth place.

Finally, while Game of Thrones is excluded this year it doesn’t mean that the show isn’t being pirated. GoT torrents remain the most sought-after season bundles on torrent sites.

In fact, if all downloads from previous episodes and seasons would count, GoT would likely still be on top. This is also what IKnowWhatYouDownload suggests. We, therefore, have no doubt that it will return for a grand finale next year when the final season airs.

Below we have compiled a list of the most torrented TV-shows worldwide (most shared single episode). The ranking is compiled by TorrentFreak based on several sources, including statistics reported by public BitTorrent trackers and the DHT network. Full season downloads are not included.