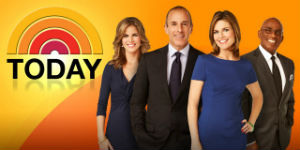 Copyright is a double-edged sword, and those who sharpen one side often get cut by the other.

In recent years NBC Universal has fiercely protected its copyrights. The company warned file-sharers of criminal prosecutions, pursued The Pirate Bay in court, and even tried to censor TorrentFreak with an inaccurate takedown notice.

This week, however, the company is on the receiving end of a copyright dispute. Photographer Alexander Stross filed a lawsuit at a Texas federal court accusing the Today Show of infringing his work through multiple venues.

In the complaint (pdf) Stross explains that a series of photos he took of micro houses in Texas gained mainstream new attention earlier this year. It was also covered in a segment of The Today Show, reaching an audience of millions of people.

However, the photos shown on air were used without permission from the photographer. In addition, one of the photos was posted in a tweet without attribution, which is still online today.

“The same day as the On-Air Segment, The Today Show ‘Tweeted’ about the story – reproducing one of the Photographs, with no attribution at all,” the complaint states.

A day later this coverage was followed by an article on The Today Show website, again featuring the infringing photos. To make matters worse these were credited to a third party.

“Defendant ascribed a false and misleading credit to each Photograph stating ‘Courtesy of Matt Garcia Design,’ as reflected below,” the complaint adds.

Screenshot from the complaint 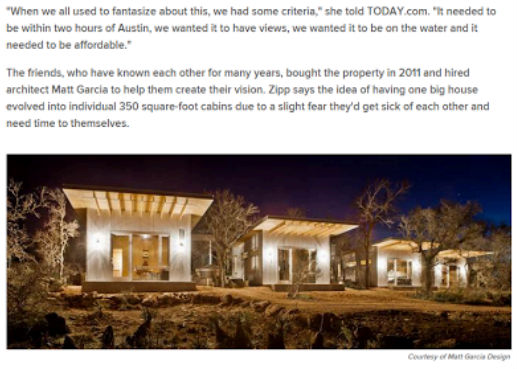 In an attempt to resolve the matter Stross contacted The Today Show, notifying it about the incorrect credits. After he didn’t hear back for a month, he emailed again, but without a response.

Only after the photographer hired legal representation did a producer of the show reply, arguing that the architect of the houses gave permission to use the material. However, according to internal correspondence no permission was given at the time the material was used.

“Defendant knowingly published the Photographs in the Web Article with a false and misleading credit to [the architect] – before it ever received anything from Garcia.”

“When contacted by counsel, Defendant lied about the source of the Photographs, and its alleged belief that it had advance authorization to use them,” the complaint mentions.

Even more so, The Today Show knew that the credit was incorrect as it mentioned Stross as the author of the photos in the original segment. Nonetheless, they never contacted him to obtain permission.

According to Stross it is clear that The Today Show infringed on his copyrights and he demands both statutory and actual damages as compensation.

With eight photos in total the damages could reach a million dollars but of course, NBC Universal should be well aware of that already.