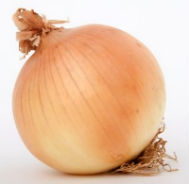 Increasingly people are trying to hide their IP-addresses when they browse the Internet or share files on BitTorrent.

Those who wish to do so can choose from plenty of great VPN services that are perfectly suited for this, and there are even specialized BitTorrent proxies.

The benefit of the above services is that they allow users to browse and download ‘anonymously,’ but at full speeds. The downside is that users have to cough up a few bucks a month for these premium services.

Perhaps in an attempt to avoid a paid subscription, there is also a certain group of BitTorrent users who use the Tor network to anonymize their traffic. This is a big problem. Although one BitTorrent user taking this option is unlikely to prove problematic, a few thousand can cause some serious damage, in more ways than one.

Aside from crippling the network by transferring massive amounts of data over a system that is set up for web browsing, Tor servers are also being monitored and subsequently notified by copyright holders for facilitating “infringing” transfers. The DMCA notices that copyright holders send out are strictly speaking not a problem, but some ISPs freak out over them, which may lead to servers being disconnected.

One Tor service that has received its fair share of DMCA notices over the last month is Torservers.net. A few days ago the operator posted a collection of 190 recent DMCA notices, and that only represented those received in a 20 day period. Most of the automated notices received were sent by MediaSentry (now Peer Media), on behalf of several major movie studios and other copyright holders.

As the Torservers.net operator Moritz Bartl explains, Tor servers are protected by the DMCA just like major ISPs are, but that doesn’t mean the avalanche of DMCA notices can’t do any harm. The companies where Torservers.net rents its servers may become worried about the large amounts of complaints being received and decide to kick their client nonetheless.

This is exactly what happened to Torservers.net in the past.

“The most frighting example was Softlayer. We had a deal with 100tb.com, a team of friendly and understanding people that use Softlayer as data center. Nonetheless, Softlayer cut us off after one single DMCA complaint that referenced a port we didn’t even allow to exit at that time,” Bartl told TorrentFreak.

“They did not care and didn’t want to hear any explanations, they just forced us off their network. This is an absurd situation similar to the recent Facebook incidents, because anyone could send DMCA complaints, and it is very hard to find ISPs that first ask for proof before taking action,” he added.

Talking to TorrentFreak, Moritz Bartl further said that he encourages the public to take a look at the emails to see if there’s a clear pattern to identify. This will help him and others to control the DMCA spam. Eventually, he might end up blocking the IP-addresses of all major BitTorrent trackers as a last resort.

Hosting companies who are Tor friendly and can take DMCA notices in their stride are being welcomed to get in touch too. The Torservers.net operator tried to contact the senders of the notices to come to a more workable solution, but thus far they seem to be unreachable.

The ultimate setup for Torservers.net is one where the hosting provider reassigns the IP-range to them, so they can handle the abuse emails directly. For ARIN IPs this doesn’t work, but then the provider could simply forward the DMCA notices, automatically or not, so Torservers.net can take care of it.

The most important lesson, however, is that those who value anti-censorship tools should not abuse Tor by running their BitTorrent traffic over it. Although the massive amount of DMCA notices shows that it works, it may eventually mean that Tor is no longer available to the people who it was built for.