Tumblr Sued for $5 Million Over ‘Pirating’ Users and Employees

Microblogging platform Tumblr has been sued for millions of dollars by adult publisher Perfect 10.

Perfect 10 are no strangers to lawsuits. From 2005 to the present day they have sued several huge companies for either allegedly using their images without permission or somehow being connected to infringements. 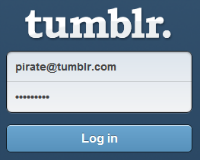 Thus far most of this legal action was a complete failure, but Perfect 10 doesn’t give up.

This time they target Tumblr. According to Perfect 10, Tumblr failed to remove content when they were sent DMCA takedown notices.

“Tumblr has ignored its obligations under the DMCA,” the adult company writes in the complaint.

“As of the date of this filing, Tumblr has failed to completely process any of Perfect 10’s DMCA notices, taking down at most only a handful of the over 200 infringing images identified by Perfect 10, many of which had Perfect 10 copyright notices or watermarks conspicuously placed on the images.”

“Accordingly, Tumblr should be held liable for its failure to abide by its obligations under the DMCA and for willfully ignoring the widespread and uncontrolled copyright infringement pervading its website.”

The claims above are similar to what we’re seen in previous cases, but Perfect 10 goes even further by alleging that Tumblr employees pirated copyrighted images as well.

“Upon information and belief,Tumblr employees have posted infringing content to Tumblr servers, to help start the business, including content which infringes upon Perfect 10’s Copyrighted Works,” Perfect 10 writes in their complaint.

Perfect 10 demands that Tumblr destroys all infringing works on its servers and wants a cool $5 million to cover the damages that was done.