The idea that regular internet users could find themselves regularly concerned at the thought of being targeted by a copyright complaint would’ve been dismissed as scare tactics just a few short years ago. But

With the rise of social media platforms and user-generated content sites, the lowliest of netizens can find themselves tripping over copyright law and with the potential to lose valuable accounts, it’s something to take seriously.

Users of Twitch, for example, have experienced plenty of problems during the last couple of years after some played copyrighted music in the backgrounds of their streams. According to the labels, this behavior warrants punishment and with Twitch subject to the safe harbor provisions of the DMCA, the company needed to take action.

One good thing to come out of this conundrum, which is borne out of people’s desire to enjoy content together, is innovation. As reported during the summer, an enterprising developer found a way to utilize Spotify streams to prevent streamers from receiving DMCA takedown notices.

A similar but much more sophisticated approach is now being taken by the team behind a new tool called Tenami.

What is Tenami and What Does it Do?

Tenami is a Chrome extension and Windows package that allows Twitch streamers to ‘stream’ copyrighted movies and TV shows to their users, without actually distributing any copyrighted content. It does this by extending Twitch’s watch party feature to include support for several official streaming services which are synced and seamlessly delivered to Twitch viewers. 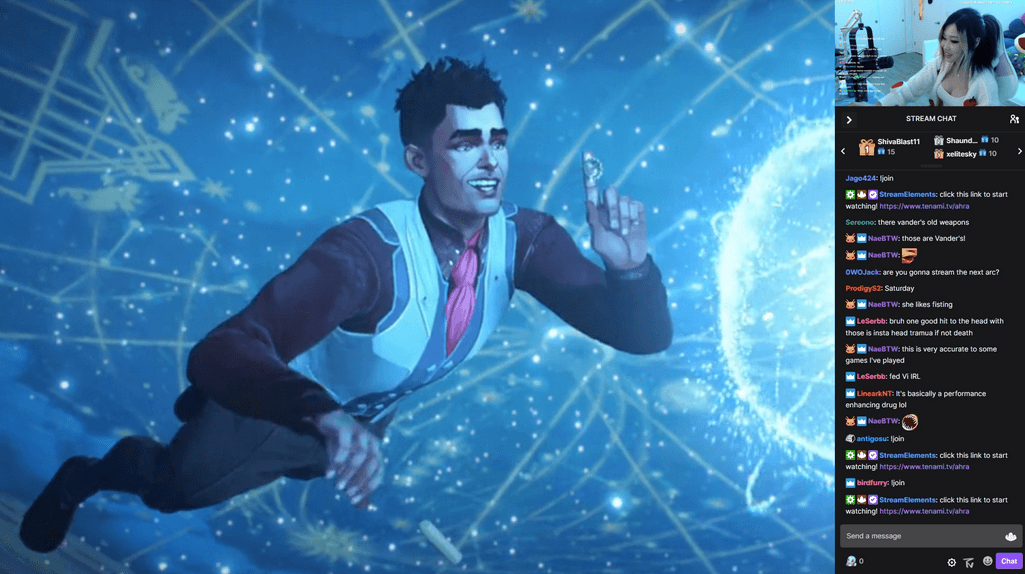 Developer Ryan Kashi says he took the decision to quit his job to work on the project, which he hopes will help protect Twitch streamers from dreaded DMCA notices and channel suspensions.

“The DMCA becomes problematic for live streamers when they stream copyright-infringing video or audio directly through their Twitch channel, effectively bypassing video providers or license holders such as Netflix or UMG from distributing their IP,” he informs TorrentFreak

“To fix this, Tenami instead connects viewers directly with the content provider, delivering you Netflix, Disney+, HBO Max, etc., content straight from their platform instead of through the Twitch streamer. This means that instead of streaming a movie to your Twitch stream directly with your face in the corner, you would broadcast yourself full screen and let Tenami connect viewers to the content legally and automatically sync it to your stream.”

This means that no copyrighted content is ever distributed by the user via Twitch and since the content is accessed legally (viewers need corresponding official subscriptions), there are no legal implications that could result in a DMCA notice or channel suspension. This effectively expands Twitch’s built-in watch party feature for Prime Video, giving users more safe streaming options.

“Using a service such as Tenami would have prevented Ludwig’s recent ban while reacting to Baby Shark live on stream and could have protected xQcOW from NBC’s copyright claim against his channel back in August when watching clips of the Tokyo Olympics,” Ryan adds.

According to Ryan, his team have received positive feedback from Twitch staff members, with some even reaching out to see if they need any help with development, which at times has proven challenging.

“Development-wise, the most challenging aspect of Tenami so far has been ensuring a good viewing experience for viewers,” he explains.

“For example, when syncing Netflix to Twitch, we use a customized delay for each viewer to ensure that all jump moments and reactions arrive right on queue. Also, when reaching a global audience, we need to make sure that viewers with poor internet can still watch along smoothly.”

Given that anime can hardly be called a niche product anymore, users will be happy to hear that Tenami also supports Crunchyroll, with the experience recently optimized for Twitch live streams. The attraction here is that like YouTube, Crunchyroll allows users to view much of its content without a subscription, meaning that the barrier to entry is particularly low.

Of course, the success (or otherwise) of Tenami is reliant upon the number of Twitch streamers who decide to utilize the service. It will be them that drives the uptake of the tool which is planned to be made available to more users at the end of January when a Firefox version is released.

The Tenami project can be found here